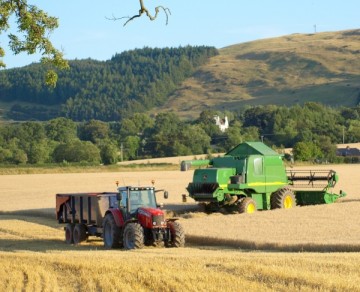 Commenting on the publication of a poll in Farmers Weekly showing a clear majority of farmers will Vote Leave, Farming Minister George Eustice MP said:

“It is no surprise that farmers want to leave the EU. Virtually every problem they bring to me is a direct consequence of dysfunctional EU rules and regulations. The NFU’s own recent study showed that, if we left the EU, there would be a firming in farm gate prices and a recovery in farm incomes. If we stopped sending £350 million a week to the EU, we would save more than enough money to fund a national agriculture policy. We would regain control and have the power to deliver the change that farming craves.”

By 58% to 32%, farmers believe that their business will be better off or the same if the UK left the EU.

Sixty two percent of farmers are confident that the UK government would be able to negotiate preferential trade deals with EU member states and other countries if the United Kingdom voted to leave the EU.

The NFU leadership does not represent farmers, just as it failed to represent them during their failed campaign to join the single currency.

In June 2001, a poll suggested that farmers were against joining the euro by 2:1. Nonetheless, the NFU maintained that its stance that ‘there are economic advantages for the industry in entering the euro’.

In 2002, the NFU President, Ben Gill, said: ‘The argument for the euro is overpowering’. He was wrong.