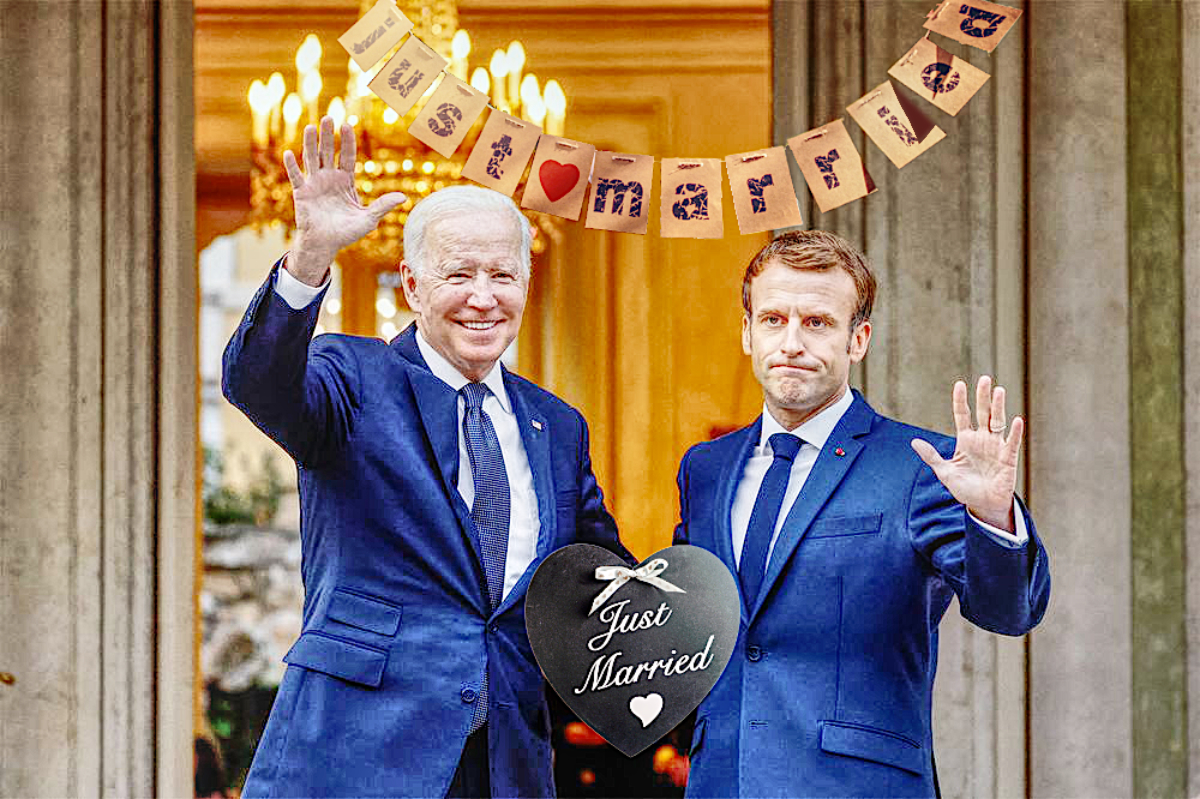 Auntie Widdecombe of the Brexit Party was completely right to give French president Emmanuel Macron a good earful today, calling out the miserable wretch for his avid hatred of the British. We should get the paratroopers to drop her off behind enemy lines and to clandestinely sneak into Macron’s palace to beat the twat over the head with one of her handbags. How’s about that, whilst force-feeding the hateful little Napoleon with some battered cod and chips, seeing as he likes to steal our fish so much.

As for the IRA Macron loving weasel Biden, he clearly states that there is no special relationship with Britain whilst he is still around. That’s not exactly news, especially as we had the same state of affairs with that bristling Kenyan commie bastard some years back. Britain will have to thus wait for another fucking U.S. election until Biden is ousted, or hopefully he will drop dead before then. Sleeping through every International meeting, Biden usually does not know where he is or what he has been told to say by the Obama team, who run the show behind the scenes. America under the blundering fool is a mess, with skyrocketing gas prices, trillions more Green New Deal debt, overrun borders, hyperinflation, mass job losses, ISIS and Al-Qaeda regrouping in Afghanistan, and the lowest ratings drop ever witnessed in U.S. history. “Fuck Joe Biden”, or as some automaton NBC reporter claimed “Let’s Go Brandon!”

Britain, it seems, is alone in its endeavour to gain some sort of sovereignty since its imprisonment in the EU, and is coming up against some seriously nasty backstabbing fuckers who pretended to be our allies before Brexit. Everything was all dandy whilst cash cow Britain was paying out billions of UK taxpayers money into the EU debt black hole, but since we had the balls to actually attempt to leave the EU, we are enemy numero uno.

To watch Boris cluelessly smiling around Macron at the COPOUT26 Glasgow eco talk and G20 in Italy, was a truly disturbing sight. Whatever happened to the champion of Brexit, now a simpering dishevelled wimp appeasing Macron at every turn, whilst the Frenchman gloats and spits directly in Boris’ face. Bring on Auntie Widdecombe any time, she would stomp the rascal Macron so far into the ground it would take weeks to dig the conard out.

Send the battleships in.