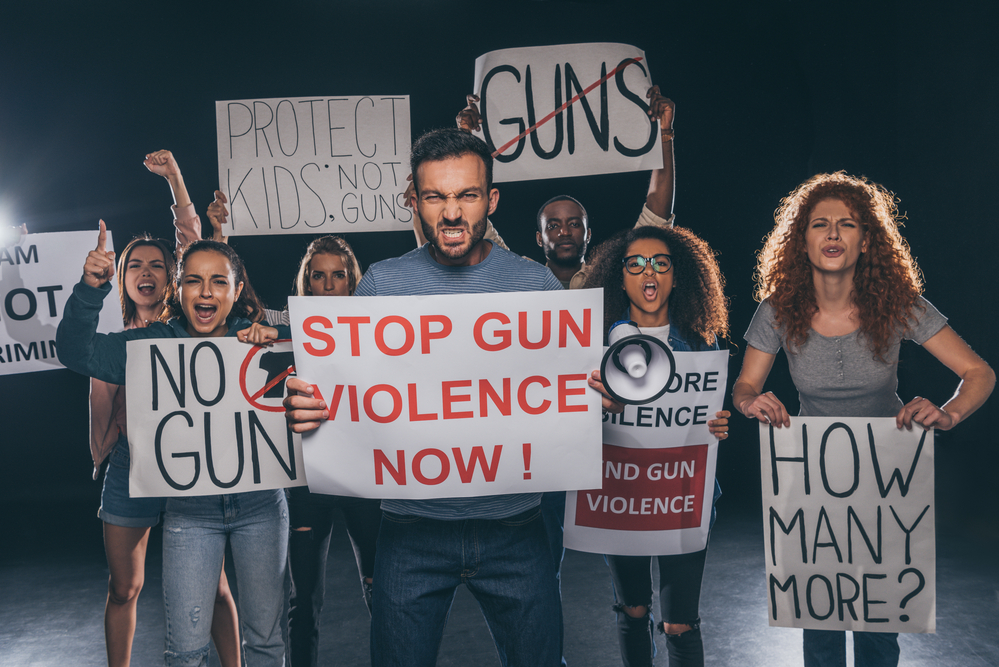 Kamala Harris’ first port of call will be to take away licences from gun dealers with an executive action. American citizens will also be ordered to give up their guns to the authorities as the Second Amendment is rescinded.

Limiting the sale of arms and ammunition is the first step in cutting off the supply to American citizens. This action is the first action as prescribed by the CCP, who are supporting the Democrats in how to rescind the Second Amendment right to bear arms. It is very important in disarming citizens that the supply of arms and ammunition is first slowly curtailed, in such a way that it is not noticeable at first by the people.

“We do not want to alarm the people until it is too late for them to act. Our modus operandi is to wean the American people from guns slowly but surely. Through records, we know exactly who owns guns and who does not. We will come to your homes eventually, so you can hand over your weapons peacefully,” an adjutant of Harris revealed on Wednesday.

Disarming Mr and Mrs America is a Feinstein dream finally coming true, and it is to this end that the time to move will be soon with lightning precision utilising the military and virus lockdown measures.

They will say they can never risk another Trump happening again. Hunting Trump supporters down will be the new sport, egged on by a cheering media.

It’s not only the guns though, the Democrats now have every name of every Trump supporters, and have deemed these people as serious dangers to the CCP plan to bring communism to America. Biden will at some point do what Trump chickened out of doing, enact the Insurrection Act to take out as many Trump supporters, whether in business, whether in any field of employ, whether in any situation, the ‘deplorables’ will be rooted out of all society. American Patriots will now be deemed as enemies of the state, and the media will cheer the military along as they arrest these citizens.

Admiral Yamamoto in WW2 knew that Japan could never invade America by land simply because every American was armed, and this is why it is important for China to disarm Americans before it makes its final move, the coup de grâce that will see the complete defeat of America, welcomed of course by Biden/Harris as saviours.