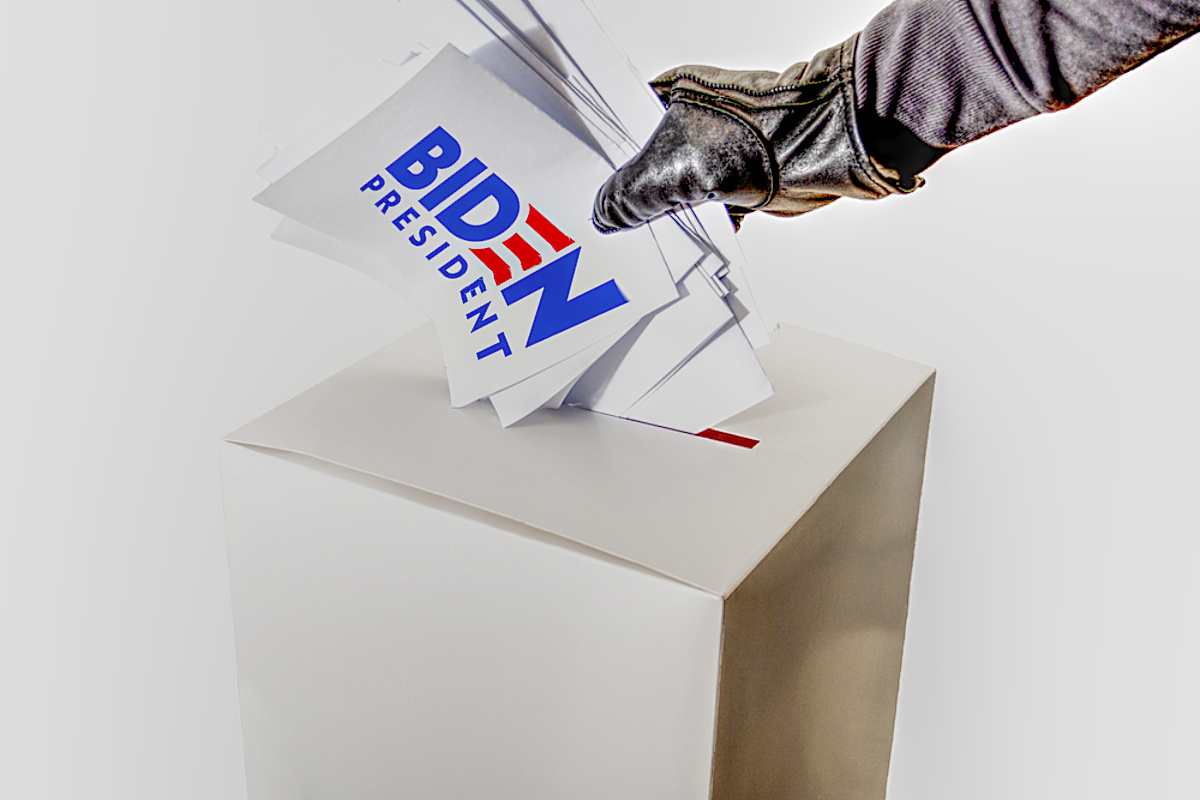 It seems there are some patriots in the FBI left who actually care about the U.S. Constitution.

“And we’ve come up with tens of thousands of Republican ballots that were not counted,” Kline told Newsmax host Grant Stinchfield. “We’ve come up with hundreds of thousands of Republicans who say they never requested a ballot, but they voted absentee by somebody else. We’ve identified people outside of the state who voted within the state. And all of this occurred in the key swing states that we’re speaking about.”

After learning that hundreds of thousands of ballots are potentially fraudulent- The FBI has now requested to look at our data.

Facebook’s Mark Zuckerberg poured in $400 million into the election, matching the federal government expenditures, through his charities.

“They paid the election judges, they paid the people who boarded up the windows, they bought the machines and America was kicked out of the counting room, and a billionaire invited in, in all of the swing state urban core cities, and that is a violation the law.”

Whether anything will happen about the FBI finally getting involved is another matter, as there seems to have been a huge cover-up across multiple agencies and media outlets.

Hopefully, there are some stalwart patriots left in some of these agencies who actually care about their own country and its electoral integrity.

An insurmountable amount of data, analysed by legitimate auditors and lauded analysts, are every day uncovering evidence that Joe Biden DID NOT WIN the election.

– While there has been legit criticism of the actions of leaders of the agency over the last several years, I can personally attest to the many patriots within the rank-and-file who are fighting on the side of the Constitution and Law and Order.