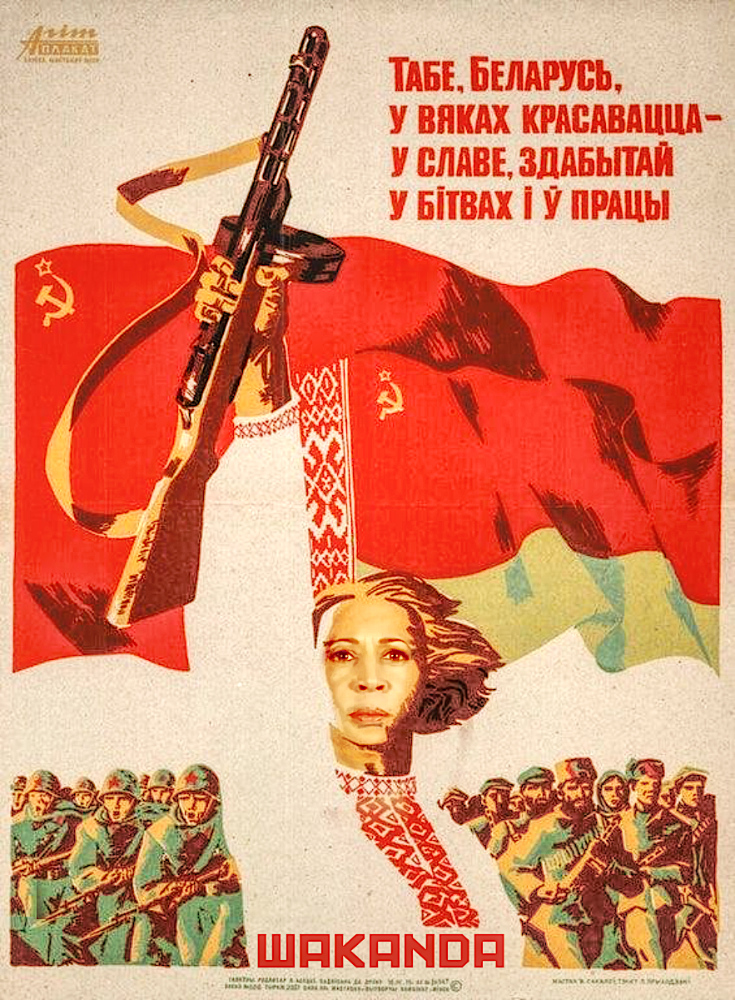 Four years have passed since the last election which was deemed a loss to the Supreme Soviet candidate Hillary. This has been a period replete with events of a divisive nature. We have witnessed much turmoil and terror under the auspices of the capitalist swine, Donald Trump, who attempted to build up the economy and increase jobs for the proletariat but failed miserably with his bourgeois ideals of excess, democracy and capitalistic commerce.

Once the ‘useful idiot’ Comrade Creep Joe Biden is put aside I will gain command in the new era of American Communism, and rule over our Soviet Motherland with great zeal and eagerness.

Comrades, I will implement an unprecedented growth of production within Soviet America which will propel our Motherland transforming it from a backward country into an advanced country, from an agrarian into an industrial country.

This historic transformation will be realised in the course of three five-year plans, beginning from 2021 with the first year of the First Five-Year Plan.

To put an end to our backwardness in agriculture and to provide the country with the largest possible amount of market grain, cotton, and so forth, it will be necessary to pass from small peasant farming to large-scale farming, for only large-scale farming can employ modern machinery, utilize all the achievements of agricultural science and provide the largest possible quantity of market produce. But there are two kinds of large-scale farming — capitalist and collective. The Communist Party could not take the capitalist path of developing agriculture not only on grounds of principle, but also because that path presupposes an exceedingly long process of development and requires the preliminary ruination of the peasants and their transformation into agricultural labourers. The Communist Party therefore will take the path of collectivizing agriculture, the path of organizing large farms by uniting the peasant farms into collective farms. The collective method will prove to be an exceedingly progressive method not only because it did not call for the ruination of the peasants, but also, and particularly, because it will enable us in the course of several years to cover the entire country with large collective farms capable of employing modern machinery, of utilizing all the achievements of agricultural science and of providing the country with the largest possible quantity of market produce.

There is no doubt that without the policy of collectivization we will not be able to put an end to the age-long backwardness of our agriculture in so short a time.

It cannot be said that the Party’s policy will not be met with resistance. Not only backward people, who always shrink from everything new, but even many prominent members of the Deplorable Party will persistently try to pull our Party back, and by every possible means try to drag it onto the “ordinary” capitalist path of development. All the anti-Party machinations of the Trumpites and of the Republicans, all their “activities” in sabotaging the measures of our Government, pursuing the one object of frustrating the Party’s policy and of hindering industrialization and collectivization. But the Party will never yield neither to the threats of some nor to the howling of others and confidently march forward in spite of everything. It is to the Soviet Democrat Party’s credit that it does not adjust itself to the backward, that it is not afraid to swim against the stream, and that all the time it holds on to its position of the leading force. There can be no doubt that if our beloved Democrat Communist Party does not display this staunchness and perseverance it will be unable to uphold the policy of industrializing the country and of collectivizing agriculture/banking/media/energy.

The New Green Deal will cost 100s trillions of dollars and through our Soviet Systema, we will achieve our goal by confiscating the complete assets of the rich greedy bourgeoisie capitalist scum.

This is how the matter stands as regards the activities of the Communist Party of our country in the period up to the beginning of the war and during the war.

Now a few words about the Communist Party’s plans of work for the immediate future. As you know, these plans are formulated in the new five-year plan, which is to be adopted in the very near future. The main tasks of the new five-year plan are to rehabilitate the devastated regions of our country, to restore industry and agriculture to the pre-war level, to open our borders to South America, and then to exceed that level to a more or less considerable extent. Apart from the fact that the rationing system is to be abolished in the very near future (loud and prolonged applause), special attention will be devoted to the expansion of the production of consumers’ goods, to raising the standard of living of the working people by steadily reducing the prices of all commodities (loud and prolonged applause), and to the extensive organization of scientific research institutes of every kind (applause) capable of giving the fullest scope to our scientific forces. (Loud applause)

I have no doubt that if we give our scientists proper assistance they will be able in the very near future not only to overtake but even outstrip the achievements of science beyond the borders of our country. We will utilise science to eradicate anyone who is Republican through castration and sterilization (Prolonged applause)

As regards to long-term plans, our Party intends to organize another eugenics agenda of eradication of all white males from America completely. (Loud applause)

This, then, is my brief report on the activities of the Communist Party during the recent past and on its plans of work for the future. (Loud and prolonged applause)

It is for you to judge to what extent the Party has been and is working on the proper lines (applause), and whether it could not have worked better. (Laughter and applause)

In this election contest the Communist Party does not stand alone. We stand together with BLM, ANTIFA, METOO and all other Communist terror groups out there. (Loud and prolonged applause)

In conclusion, permit me to express my thanks for the confidence which you have shown me (loud and prolonged applause. A voice: “Cheers for the great leader of all our victories, Comrade Kamala Marx! “) by nominating me as a candidate for the Supreme Soviet. You need have no doubt that I will do my best to justify your confidence. (All rise. Loud and prolonged applause rising to an ovation. Voices in different parts of the hall: “Long live great Kamala, Hurrah!” “Cheers for the great leader of the peoples!” “Glory to great Kamala Marx!” “Long live Comrade Kamala, the candidate of the entire people!” “Glory to the creator of all our victories, Comrade Kamala Marx! “)