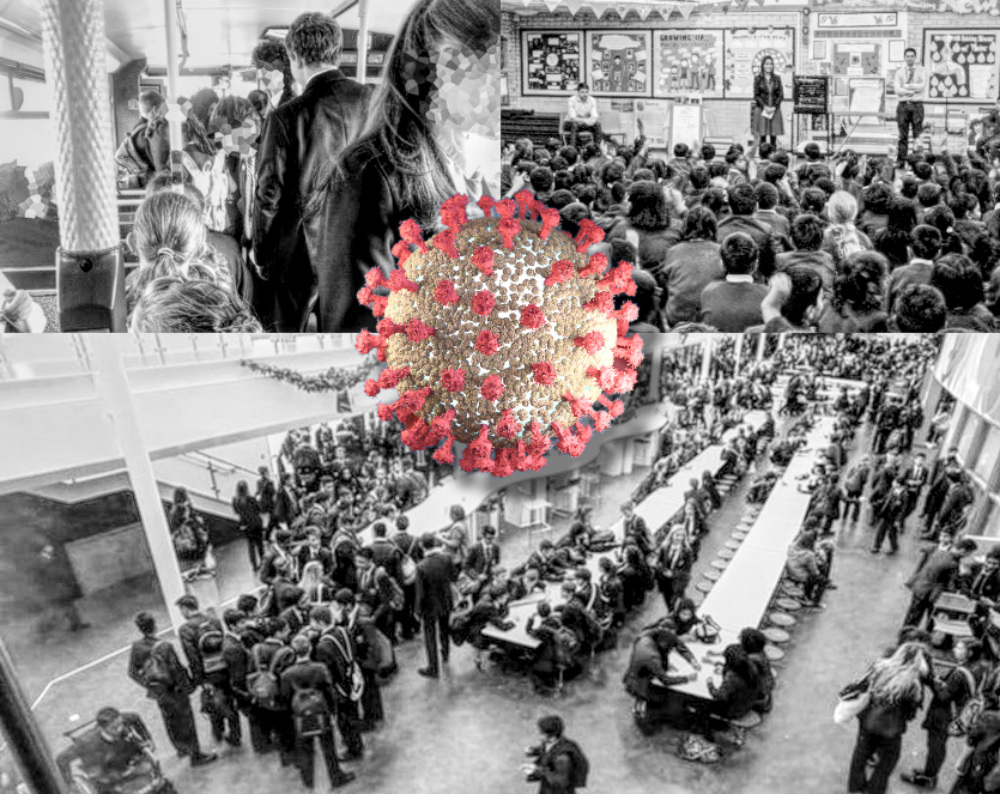 Cooler temperatures and back to crowded classrooms of thirty or more pupils when schools re-open will be a perfect conduit for the increased spread of the coronavirus.

“Many Secondary school children are forced to use bus services, and from there they will spread coronavirus into the schools, and then distribute the virus home to infect their parents, and grandparents, as well as others they will come into contact with. Some children have to travel for miles, changing bus routes multiple times, and even they may not show symptoms, they will be spreading the virus to millions of other people who either have debilitating pre-existing conditions or otherwise vulnerable to becoming sick,” one analyst revealed on Thursday.

Tight corridors, stuffy classrooms, and queues for meals, changing rooms, and sports events. These are perfect viral transmission conduits that will no doubt further the proliferation of the coronavirus.

As the months get cooler, into Christmas, and January, there will probably be a huge spike in viral cases, and the deaths will increase putting a huge burden on the beloved NHS, where if you go in, you will not come out again. The propensity to put patients on ventilators means a quick death sentence for thousands, as we have already seen. These death factories are an efficient way of dispatching those unfortunate enough to have found their way in, never to be seen again, and forgotten as a mere statistic.

In all European countries, where schools have re-opened, there have been spikes in coronavirus, and the same will happen in the United Kingdom, as parents are forced by law to send their children into schools once again.

Following an announcement of the relaxation of distancing rules, health leaders called for a “rapid and forward-looking assessment” of how prepared the UK would be for a new outbreak.

“While the future shape of the pandemic in the UK is hard to predict, the available evidence indicates that local flare-ups are increasingly likely and a second wave a real risk,” they wrote.

“Many elements of the infrastructure needed to contain the virus are beginning to be put in place, but substantial challenges remain.”