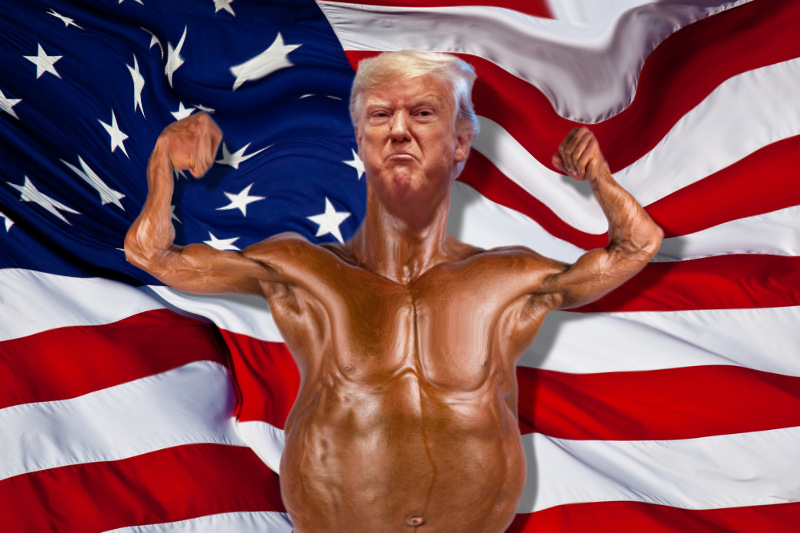 Who would have thought of this headline at the end of 2019, when the markets were daily flitting higher, and the good jobs news rolled in for the good ol’ USA and of course the Trump campaign.

“I’ve never seen a bunch of events converge on one guy so fast. One minute Trump was sailing high above everyone else, then suddenly, boom, coronavirus, and to top it off the riots orchestrated by BLM and ANTIFA. What’s next for Trump? If a volcano suddenly erupts at Yellowstone, it will be the final nail in the coffin for everyone, and not just Trump,” one political commentator revealed on Friday.

With over 40 million Americans out of jobs, and the U.S. economy faltering below any sort of meter, the future looks terribly bleak. Sure, Trump, tried to give every American a cheque for $1,200 but that achieved absolutely nothing, and the George Floyd riots to top off the lockdown added a large turd on the cake of shit already there.

Why is America so important in global matters? Well, if America descends into civil war, or a very deep recession, this will no doubt impact the rest of the world, simply because of the globalized nature of everything these days.

Sure, China was the cause of the coronavirus, and probably funded most of the BLM and ANTIFA riots, and is eagerly watching how far America falls before it makes its moves in the South China Sea, but even a severely wounded America is no easy foe.

It seems that Trump somehow has busted all his guns, and is used up, lurking in the White House bunker, he has looked weak, much to the joy of his enemies.

Ever since his presidency, the factions have been out to get the Teflon Don, and failed with multiple attempts, this time however with the orchestrated riots, they seem to have knocked some of the Teflon off Trump’s armour.

“You don’t quite understand that from the time President Trump wakes up until he goes to bed, there’s an effort to destroy his presidency. … It is so fashionable to blame President Trump for every wrong in America,” Senator, Lindsey Graham said in an interview, Friday.

Many of the Republicans are waiting along with the Democrats with their daggers, ready to plunge them in Trump, as little by little he is whittled down by the daily attacks.

To win in November, all the Dems have to do is keep the mumbling idiot, Biden off the news and he will win over Trump, unless….the Teflon Don pulls something so spectacular out of his top hat that it’ll make the insane democrats finally give up.