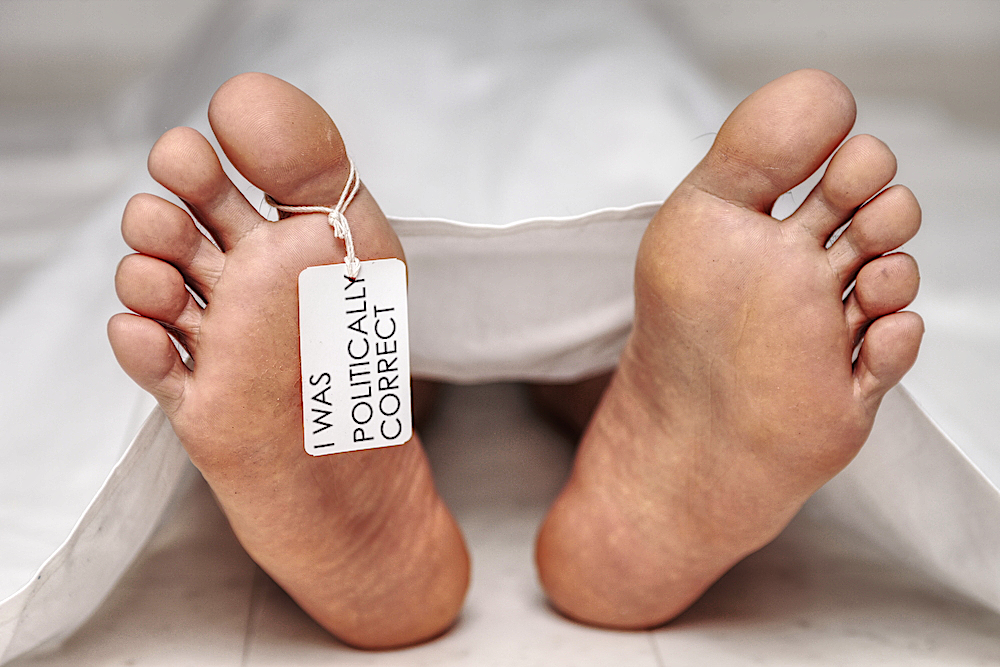 Exhibit A – This fucking guy died from the Chinese Virus, and we were talking about the virus that came from China just before he died — his last words were: “You should not say that word ‘China’ for the virus because it’s racist…(hacking sound)…machines beeping…(croaking sound)…machine continuous beep sound.

People die whether they’re politically correct or not, you can watch The Hunt, for the answer to that one.

Stating facts around politically correct Nazis can be a dangerous affair because these fuckers get offended by everything, literally everything offends them, and then there are the insidious PC shisters, they will let you go with a few quips at one time, even laughing along with you copiously, then next time, they suddenly switch to politically correct mode again. You have now offended them. You just say fuck it and walk away.

These politically correct people are a danger to themselves, they would rather die of the Chinese Virus then for one second admit that this disgusting pestilence came from China because some Chinese asshole ate too many bats or Pangolins one day.

The truth is, the world is now in a major lockdown mode because of China, and their evil culinary practices. That’s not racist, it’s stating a fact.