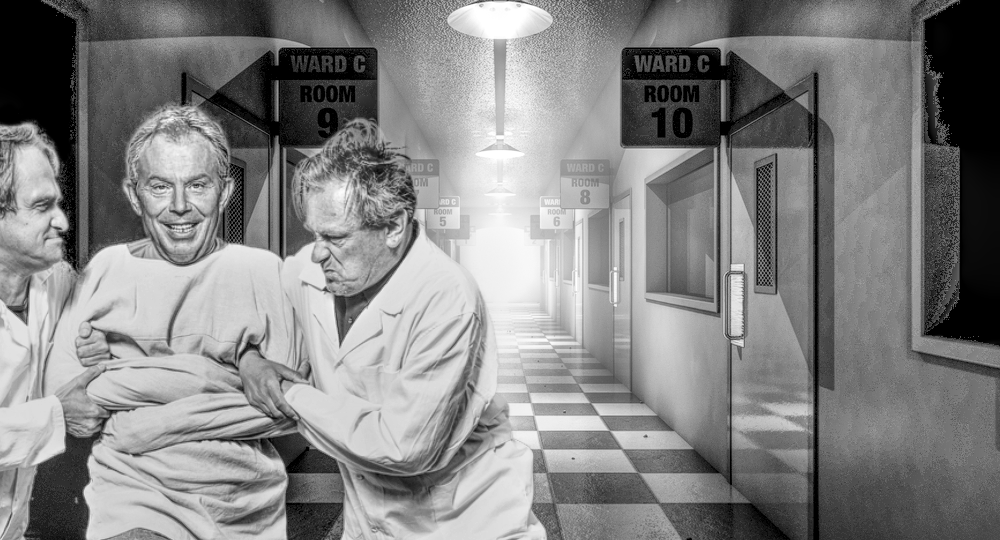 The former Labour PM, Tony Blair, has unfortunately taken a turn for the worse, after viewing the election results during the night.

“We received a phone call from Mr Blair’s wife, Cherie, last night because her husband Tony had been acting strangely after seeing the election results. The only thing he can say now is the word ‘remain’, and attacks anything physically that says the word ‘exit’,” a doctor for special hospital where Mr Blair is now being kept.

According to reports, it took six attendants to escort Mr. Blair from his Westminster property, at one point biting a road sign with the word ‘exit’ on it.

No one is sure how long the former PM will be in the asylum, because he is also on suicide watch, and is considered a very serious case by doctors in the facility.

“We think he just snapped. He says the word ‘remain’ every ten seconds, and we have had to give him a chemical lobotomy to calm him down. We are considering giving him a real lobotomy, however, in his case it would not have any effect.”

Another former Labour PM, Gordon Brown is also very ill after being forced out of Number 10, he now talks to furniture, and is a tramp in his old constituency Kirkcaldy.

Watch this space to find out what happens to the unelectable Jeremy Corbyn in the future.