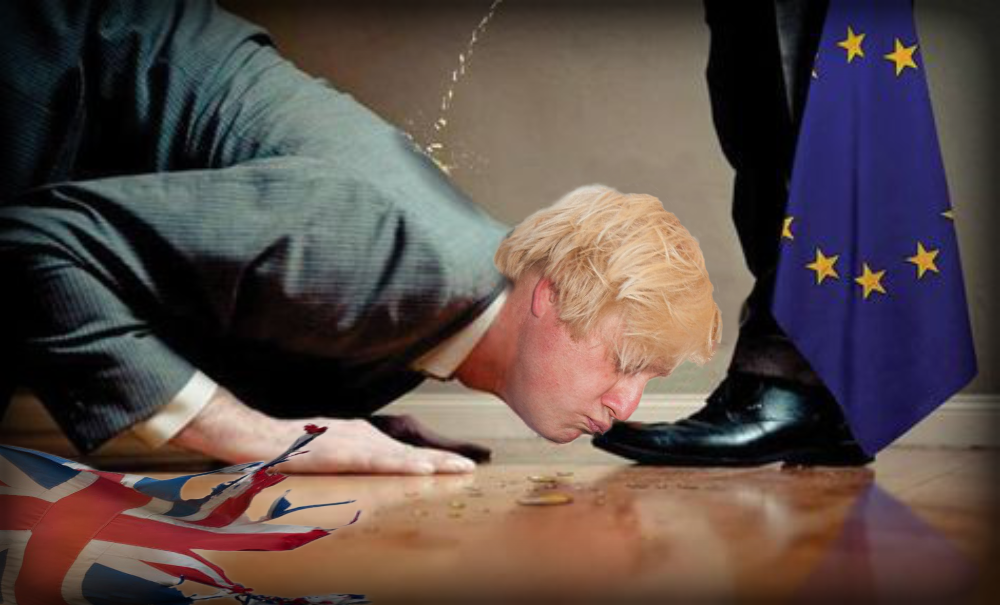 News filtering through the vines is that Boris Johnson rehashed the Theresa May deal to gain acceptance with the EU yesterday with Irish PM Varadkar.

If this is the case, then Boris has essentially bent over the table to be fucked by the EU, and the deal will not be passed by the DUP or real Brexiteers in parliament.

NEW: The UK appears to be drifting closer back to the original aims of the Northern Ireland backstop, I understand. This is the message Michel Barnier delivered to EU27 ambassadors late this morning following his meeting with Brexit Secretary Steve Barclay

We do not know what caused an otherwise good man like Boris to turn tail and bow to the EU, as well as offer them a cool £39 billion for the rogering, but the augurs do not bode well.

Boris’ only redeeming act now is to go for a No Deal when the deal is rejected by parliament for the fourth time.

Either stick to your word man, or don’t show your face again, because if you have sold Britain down the river, history and the people will never forgive you or your party.

The EU have not changed their stance, so this means Britain has bowed to their insidious tactics of negotiation.

Britain had a chance, Boris had a chance, and despite the pound exploding high yesterday, and the markets being happy with a capitulation deal — you blew it man. Game over!