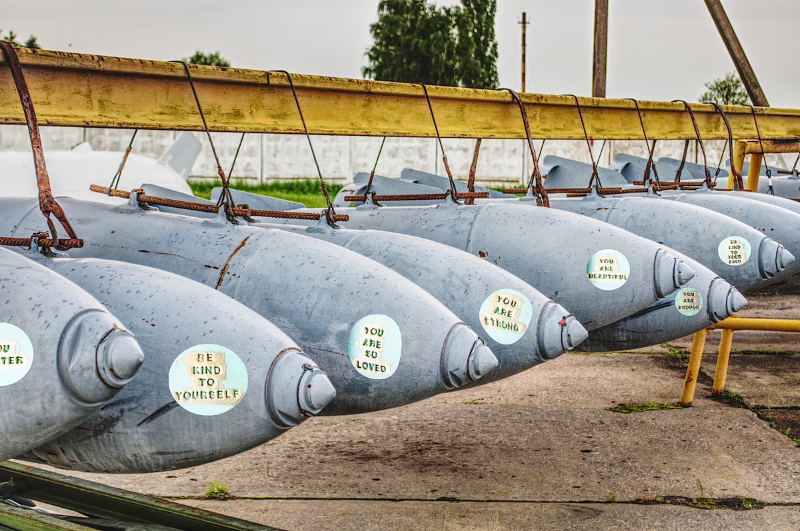 The Duke and Duchess of Sussex have visited RAF Marsfield, in Lincolnshire and brought some cheer with their visit.

Meghan Markle, and Prince Harry visited the RAF base so that the prince could show how he used to fly an Apache helicopter in Afghanistan.

Flight Lieutenant, Danny Myers, showed the couple around the base where some serious military hardware is kept.

“Meghan was particularly enamoured by the bombs we were loading on our jets. She stopped to put affirmations on each bomb so that the people who receive these deadly packages have a moment of goodwill before they are blown to smithereens,” the flight lieutenant added.

Some of the affirmations read “BE KIND TO YOURSELF” and words like “YOU ARE BEAUTIFUL”.

Meghan smiled as she put the affirmations on the bombs, and took pictures for her Instagram page.

Palace spokesman, Reginald Lansing, said that Megain “was showing her goodwill to all, even the poor bastards on the receiving end of the bombs. This shows she really does care about everyone, and should be given a sainthood like Mother Theresa or Princess Diana who she is trying to emulate.”

The Duchess and Duke flew in a private jet from Windsor to the RAF base for the forty-five-minute tour before flying back.