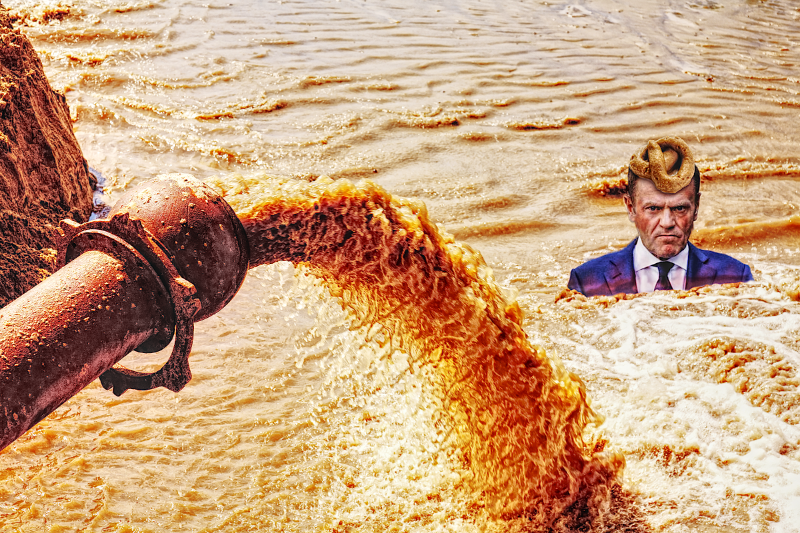 As malignant idiots go masquerading as serious politicians, the erstwhile president of the European Council, Donald Tusk resembles a belligerent turd that refuses to back down and be flushed down the toilet back into the sewer where he belongs.

“Donald Tusk does not negotiate, he does not capitulate, he does not agree to anything, and is a miserable little shister that refuses any form of compromise. This is why he will be solely responsible for No Deal, and he will be remembered in history as the Polski Turd who refused to even try to make a deal,” one EU commentator revealed.

Everyone knows the useless Irish backstop must go, however there is still a need to punish the UK for daring to leave the EU, therefore in the eyes of people like Mr. Donald Tusk, it must stay, and Britain must be tied in with the EU indefinitely.

“The EU hierarchy feel a great responsibility to punish the Britisher swine for daring to leave the EU Soviet construct, a bloc which models itself on the collectivist communist ideology, and is also pursuing a highly controversial EU Army to supersede NATO,” another commentator revealed.

In all circumstances, Britain is now fully prepared for a no-deal “clean Brexit” and Tusk is probably doing us all a favour, because the EU will not receive £30 billion, but only a measly £9 billion for their troubles after the UK leaves on October 31.