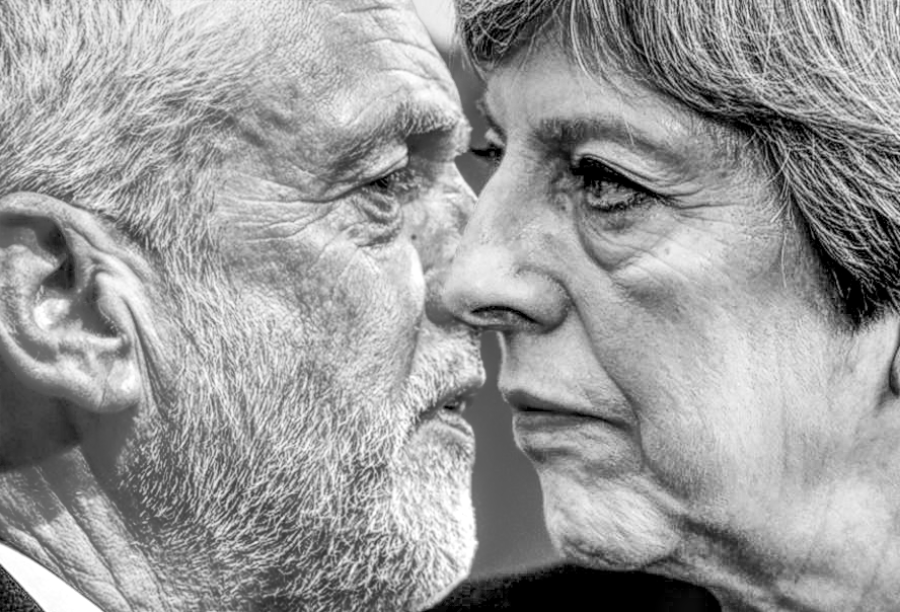 At first she condemned Jeremy Corbyn and his anti-semitic Labour party, but now Theresa May is working with the same people she previously condemned as anti-semitic.

Theresa May’s decision to extend the hand of friendship to “anti Semitic far left Marxist” Jeremy Corbyn is a “fundamental betrayal” of the British people, but it doesn’t end there, it is reported the PM has now gone and joined the Labour anti-semite inner circle with a tattoo on her lower back to commemorate her allegiance to anti-semitism and Jeremy Corbyn.

“May has not only legitimised Corbyn by actively working with him, but now condones anti-semitism and Marxism by having a tattoo on her back depicting the arches of Auschwitz,” a disgusted parliamentarian commented.

Theresa May’s joining with the Labour party and Jeremy Corbyn is a monumental failure of leadership and her new tattoo is a symbol of joining the heart of Corbyn’s Labour.

The PM was told on the third meeting with Jeremy Corbyn that she had to go through a special ritual to show her true commitment to the cause. This involves having a tattoo on the lower back with the words “Arbeit Macht Frei” or in English “Work Sets You Free”.

All Corbynistas are required to have the tattoo simply because of its anti-semitic symbolism and signals the entrance into the Jeremy Corbyn inner circle.

One can imagine, maybe with a little vomit coming up, the PM’s husband Philip May turning her over in bed for some back action and seeing the words emblazoned all over her lower back. Indeed it will be hard work doing the dirty deed on that thing.

“This shows a profound level of desperation and betrayal for everything that Britain stands for by consorting with a known anti-semite who even spied for the Russians in the 1980s. On this point alone, Theresa May is breaking protocol on national security and endangering Britain,” a security service adviser revealed.

For the good of the country, Theresa May must be ousted as she has chosen to go rogue and consort with the enemy. It is fundamental that the Conservative hierarchy tell her to leave her position or have her taken care of for putting the nation in severe peril.

Corbyn, who is a great admirer of Josef Stalin, the former Soviet Russian dictator, is not bothered by criticisms of his endorsement of a brutal butcher who was responsible for more than 20 million deaths including much of Russia’s Jewish citizens during his terrible reign.

Currently, the PM is defiant to any sort of comment about her affiliation with Jeremy Corbyn and is so enamoured by him, she is even thinking of having a second tattoo on her left breast of the Labour leader himself, a tit, to mark a tit. Tit for tat.