The sclerotic UK government seems to have its priorities all wrong, instead of getting us out of a Soviet EU superstate they prefer to incarcerate a person representing the right to freedom of speech who exposed massive war crimes — Julian Assange.

No doubt dark forces in the upper echelons are pulling the strings, and the betrayal of the Ecuadorian government led fully to Assange being dragged out by his beard by some hired goons and stuffed headfirst into a waiting police van.

Assangexit was thus committed with more vigour than Brexit which has been derailed three times already and now given another unnecessary extension. If only the UK had as much interest in completing a proper Clean Brexit as was voted by 17.4 million people on June 23, 2016 than their urgency to shit upon the mantle of free speech and the rights of one man who stood up to corrupt governments.

Government corruption, an endemic malaise that stinks up the globe, is now a default setting, and Theresa May who presides over daily lies and betrayals is so deep in corruption that her head is barely bobbing above the manure.

We see mass corruption in the House of Commons and Lords, where Britain’s parliament have circumnavigated democracy and tried with many attempts through contravening the law and parliamentary procedure to thwart Brexit. Their promises to honour the EU referendum result with nothing but lies and blatant betrayals as they simultaneously received large sums of raw cash from the EU delivered in discreet brown envelopes in back alleys .

We could have had three or four Brexits, instead we got an Assangexit. 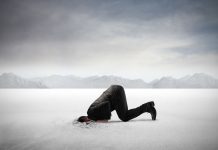 The Cowardly Artists Who Stayed Silent