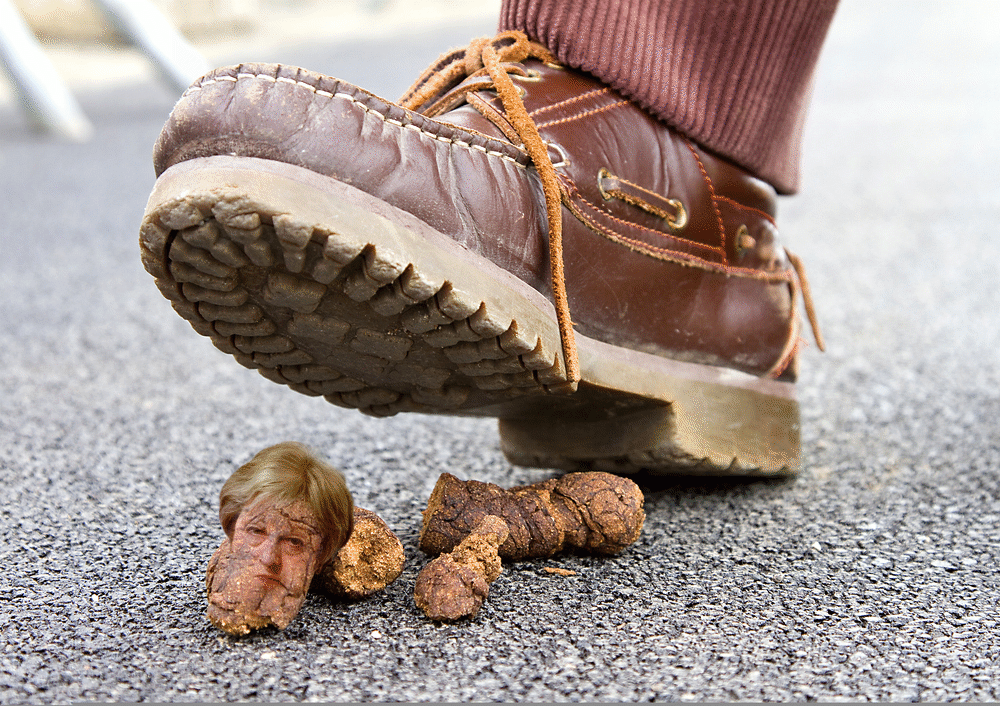 Prime minister May, who has reneged on her Brexit promises and abandoned her own party to plot a Customs Union BRINO (Brexit In Name Only) with Jeremy Corbyn’s Labour party is now mentioned in curses by Brits when they step on dog shit in the streets, a recent survey finding revealed.

When asked what they say after stepping on a dog turd, 98% of respondents out of 30 million Brits said they now shout out the name ‘Theresa May’.

“This is an incredible find. Theresa May will not only go down as the worst PM in British history – even worse than Gordon Brown – but she has now entered the realm of folklore and everyday linguistic usage. Everyone hates stepping on dog shit, because it’s like peanut butter in consistency, very hard to get off the grooves of your shoes, and stinks horribly. This is what people in Britain are now connecting the PM with, they see Theresa May as a large piece of dog shit and it has become a cultural, historical reference that will last for years or centuries,” Angela Trimble, chief officer of MORI revealed on Sunday.

Stepping on a Theresa May whilst strolling in the park is a nasty business. You can wipe your shoe on some grass but the clumps still stick to the sole of the shoe, sometimes coming up the sides. If you get into your car, the waft of a Theresa May will hit your nose, and the May will squelch all over your accelerator pedal.

Theresa May’s name is also now used when someone does a large turd in the toilet and it won’t flush.

“I’ve just done a Theresa May in the bog. Blocked the drain. Might have to call the plumber in,” an example of the usage in everyday conversation.

Historians will write down Theresa May’s legacy as one that killed off democracy in Britain, and lied to the people before condemning the nation to indefinite EU imprisonment…that, and being called a ‘dog shit’.