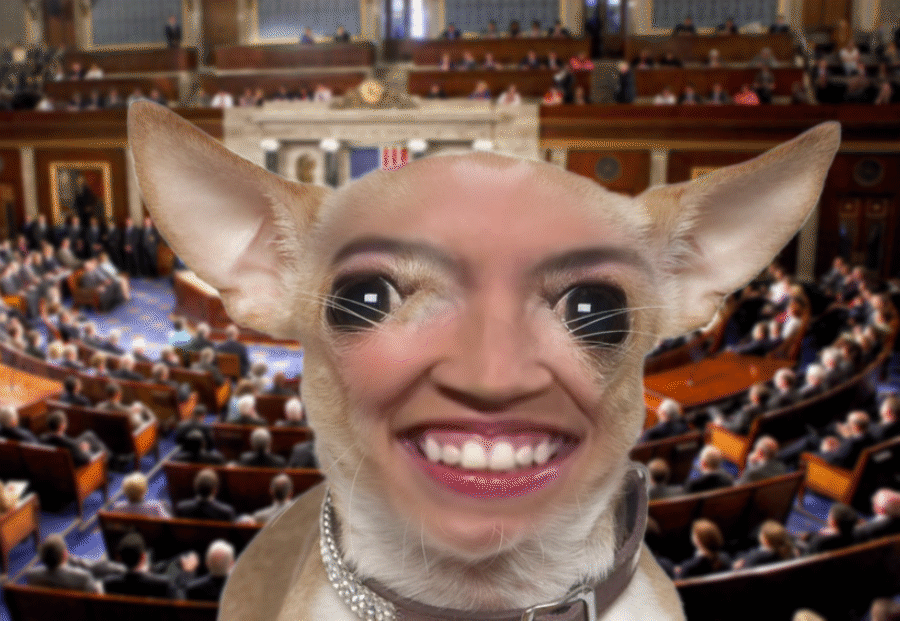 Congresswoman Alexandria Ocasio-Cortez who represents the 14th District of New York, has been reprimanded for bringing her pet Chihuahua, Okie, into the Congressional building whilst in session.

Security is already tight since the many threats that occur daily, so Ocasio-Cortez could be pulled up on a disciplinary commission hearing for her oversight with her pet.

“We strictly do not allow animals or any other things like that into the building, so when we found the congresswoman with a live Chihuahua in the building, we had to evacuate the area and shut the building down temporarily for security reasons,” head of security at the Capitol Hill building told the Washington Times.

Immediately, Republicans seized on the congresswoman’s error and called for Ocasio-Cortez to be charged with endangering staff who could have been bitten by the animal or caught rabies.

Democrats are however standing by the congresswoman and demanding a pet day where members of Congress can bring in their pets for the working day.

“Ocasio-Cortez had to smuggle her beloved Chihuahua in her lunch bag, how bad is that? We should be allowed to bring our pets into the Congressional building even when in session,” Nancy Pelosi, who owns a pitbull lovingly called ‘Killer’ told the disciplinary panel.

Not only did Ocasio-Cortez smuggle the pet into the building but she gave the dog a job title, salary and email address much to the anger of officials in charge of security for the building. This act alone goes above and beyond any rules set down for members of congress and is a gross misappropriation of liberties afforded to congressional representatives.