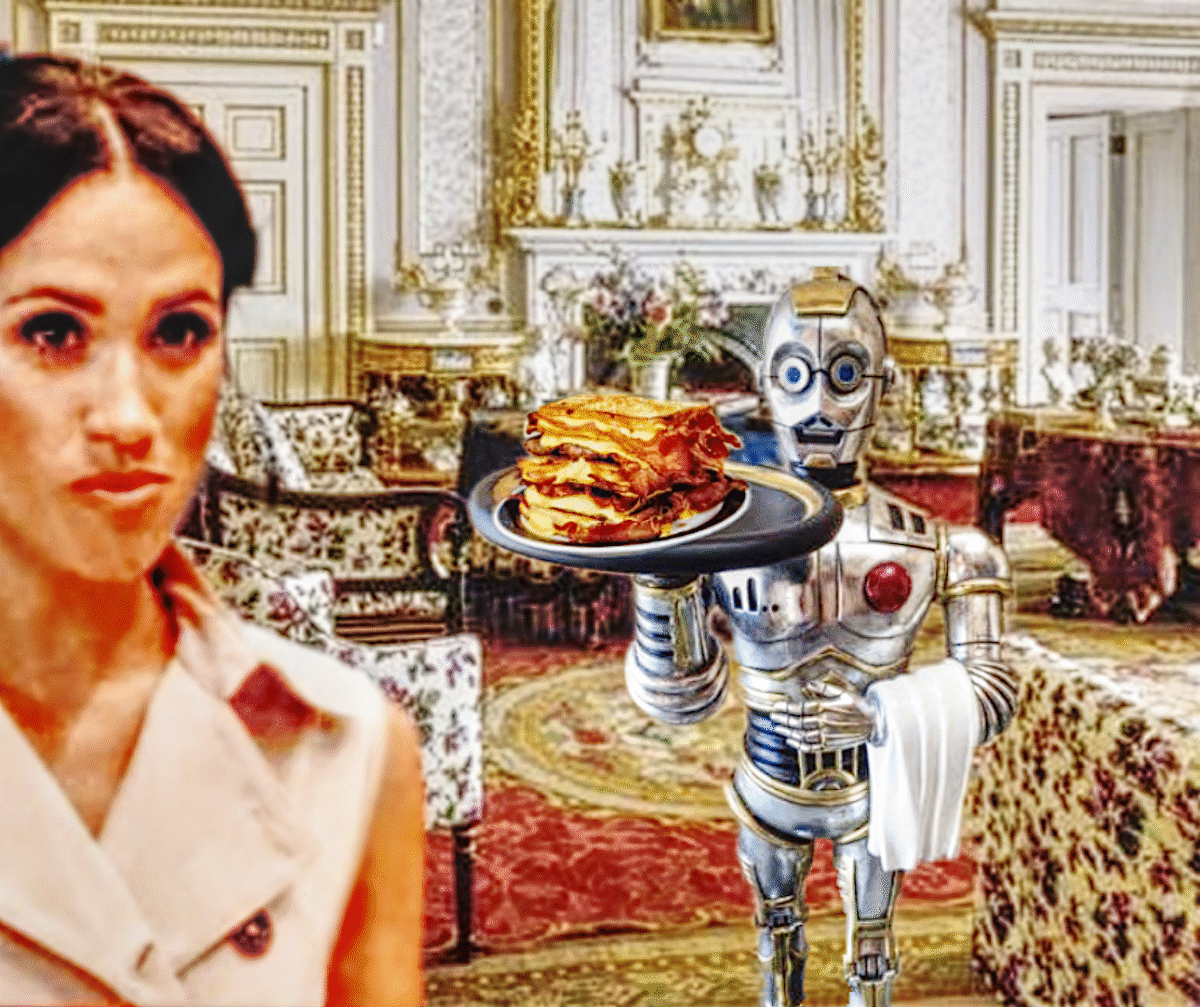 After seven resignations of royal staff to the Duchess of Sussex, Meghan Markle in less than two months due to her extreme demanding behaviour, the palace has come up with a novel solution to the problem.

“We have acquisitioned the help of a company in Silicon Valley to develop an AI robot that will be able to cope with the numerous demands from Meghan Markle. We hope to have the prototype ready for palatial duties by March,” a senior palace aide told the BBC on Monday.

Royal commentator Bartholomew Montague, has revealed a huge problem with the new implant into the Windsor family.

“This is what happens when you effectively bring someone in from the ghetto into royal circles. They have not been brought up in the proper manner, are lowly of birth, have no understanding of British sensibilities, let alone royal protocol. The American, Meghan is as common as they come, one only has to look at her ghastly family. Prince Harry frankly has taken the royal family back to the stone age with his choice of bride, and should be punished. Imagine picking a bride even more common than Kate Middleton, we thought it an impossibility. So what if she gives great fellatio, he could have found a dozen actual princesses across Europe who can do the job just as well.”

The royal court is already reeling with rumours of rifts between Meghan and Kate Middleton, and even the two brothers have had a wedge put between them.

“This stinks to high heaven. All the staff are leaving and this is why we have had to go to extreme measures by requesting a company in Silicon Valley design a robot to put up with the commoner’s ridiculous demands,” another disgusted royal aide revealed.

The robot will be able to process as many as 450 demands per minute, which should be more than enough for Meghan, however the software can be adjusted to include more if the need arises.

The robot named ‘Jeeves’ was temporarily introduced for a week into Meghan’s new Windsor home last week however blew up after 45 minutes when its circuits could not take anymore demands. The company behind the robot is already rolling out Jeeves 6.0 and will eventually roll out a robot that will be able to function under the extreme conditions without exploding in a ball of flames.