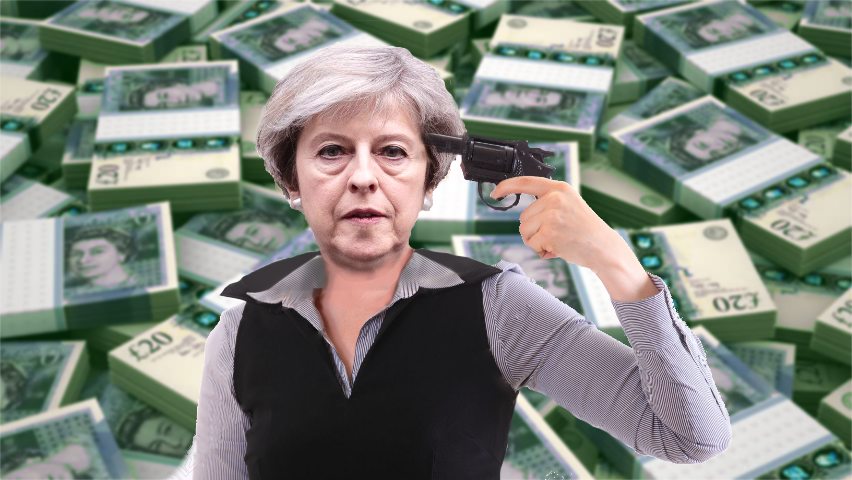 One thing about the Theresa May Chequers Plan is that it will be nearly impossible to get out of once it is implemented. This is something the PM has lied about to her own Cabinet, who are being steered into a deal that will doom the UK to be a ‘vassal state’ of the EU indefinitely.

Once the UK is signed up to the customs backstop, ministers will not be able to change anything, and there will be no ‘exit mechanism’ to break out of the backstop. Even if the MPs try to change things legally, this would take decades and most certainly result in failure, Theresa May’s own Attorney General, Geoffrey Cox, has evaluated.

The Chequers proposal involves the permanent continuation in the UK of all EU laws which relate to goods. All goods on the UK manufactured in the UK for the UK domestic market, or imported from non-EU countries, would be permanently subject to these controls.

The obligation to follow the EU rulebook for goods would gravely impair the UK’s ability to conduct an independent international trade policy. In particular, it will prevent Britain from including Mutual Recognition Agreements for goods in trade treaties and this is likely to destroy the prospect of successfully achieving meaningful agreements with some of the prime candidates such as the USA and Australia.

Theresa May’s version of Brexit which is known as a BRINO (Brexit in name only) would condemn the UK to be stuck permanently as a vassal state within the EU’s legal and regulatory swamp. The UK would still have to obey EU laws and ECJ rulings hindering its ability to develop an effective international trade policy or adapt the economy to take advantage of the freedom a real Brexit would have afforded it.

The Theresa May Chequers capitulation will also mean that Britain will be stuck in the EU with no power to veto, and will still be sending vast amounts of money to Brussels, as well as being tied to EU regulations inhibiting its ability to make international trade deals.

The destruction of Brexit by Theresa May and her Remainer allies, will ensure that no one who voted for a Brexit on June 23, 2016, will vote Conservative again, due mainly to the immense calculated betrayal by the prime minister and other pro-eu conservative ministers who aided and abetted the Chequers capitulation.

The Conservative party will be consigned to the political wilderness for the next twenty to thirty years, because losing the vote of the leavers will let in the current opposition. Quite, rightly, no one will trust the Conservative party ever again, because it has reneged on every promise for Brexit, and abandoned its grassroots.