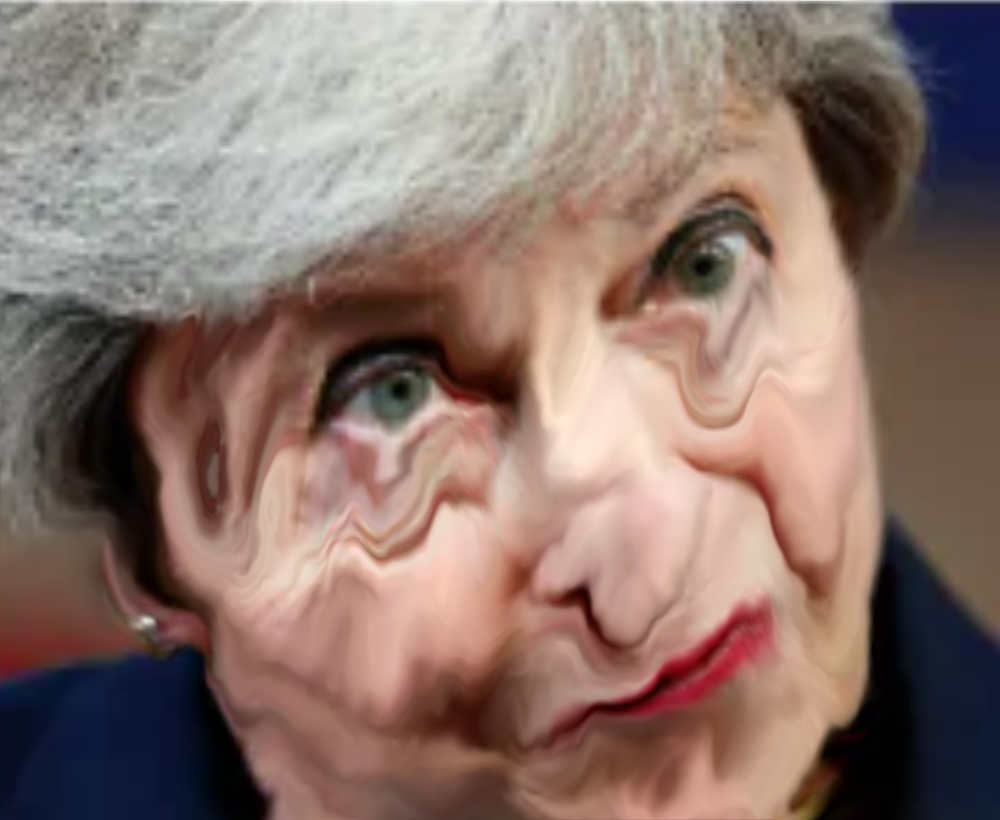 Lying duplicitous PM, Theresa May, went to Brussels again for the fifty millionth time to beg and grovel to her EU masters for a deal.

“She was begging us, she dropped down on her knees, this pitiful character sobbing like a wet flannel, like a dog, so I pushed her away, disgusted at her weakness,” one EU official revealed in the pub afterwards.

We already know that Theresa May is not capable of negotiating her way out of a paper bag, yet she puts herself through this punishment over and over again. May is a useless prime minister, who has not achieved a single thing of note during her premiership apart from present a bizarre capitulation to the EU called her Chequers BRINO (Brexit in name only) deal.

“It was embarrassing watching this sad woman, she knows she is betraying Britain, and even though we want to stiff your country, we hold no love to someone who willingly betrays and lies to their own people. Has she no shame?” another EUcrat revealed.

The desperation May has displayed in her so-called negotiation is sickening to watch. She may take her orders from Olly Robbins, the Remainer in charge of orchestrating this farcical sham, but surely this is no way to negotiate anything. One must have a position of strength, and be willing to walk away if there is a bad deal put forward, yet May persists in her shameless sickly desperate attempts.

Has the great nation of Britain come to this? Please, we beg someone, or something to remove this awful sad sight. It is truly upsetting, and distressing to see this once strong country reduced to begging desperately and willing to take any piece of scrap thrown by the EU.

Stand up! Get out! Leave! But do not extend this awful show of cowardice, treachery, and disgusting desperation.

If the EU does not want a deal, then let it be. One cannot bang one’s head against a wall for eternity.

Oust this duplicitous pathetic loser, and her treacherous minions, and let us have a Clean Brexit. This is the only way forward now.

No more begging please. Just get her out and put someone in who can manage the Clean Brexit, and move on. For fuck’s sake, how hard can that be?