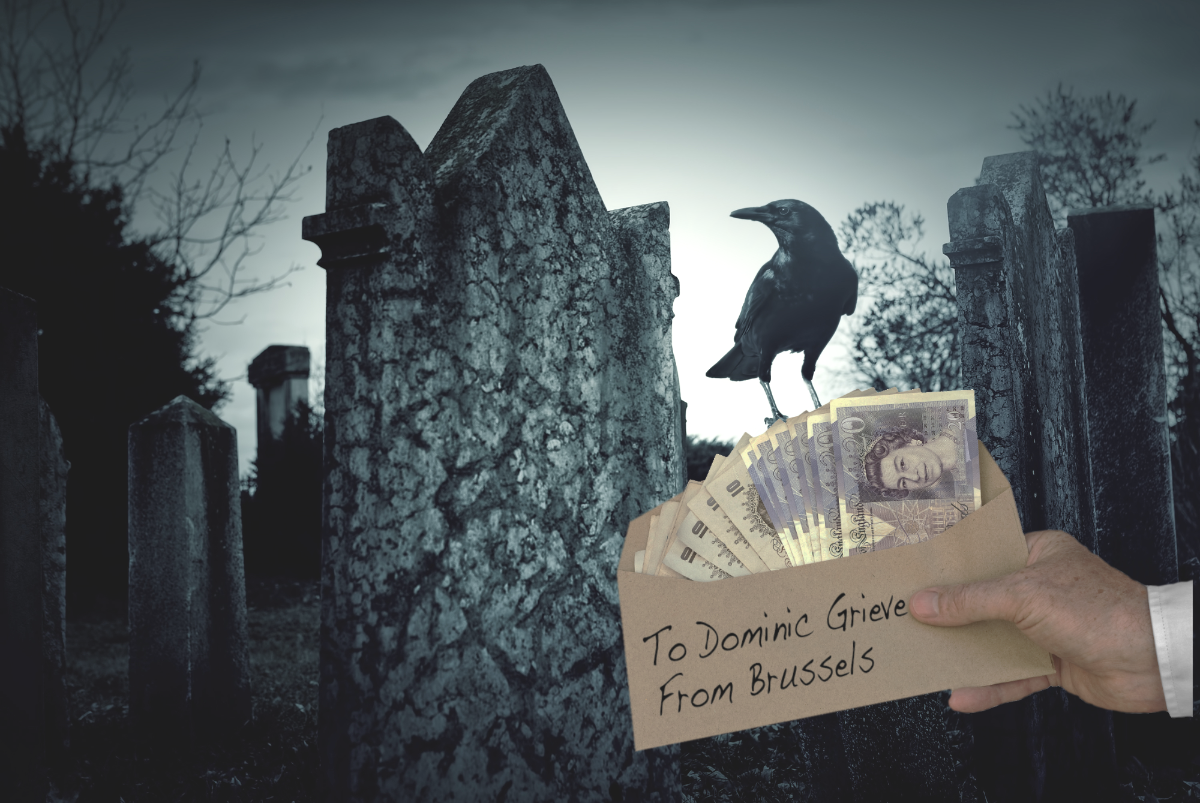 Siding with the enemy

Dominic Grieve, the supposed Conservative who is trying his hardest to thwart and ruin Brexit, is a Griefer, a Remoaner, a lickspittle traitorous pustule boil upon the arse of treachery.

His liaisons with Alistair Campbell and Brussels belies a monetary connection pushing this villainous swine as he gobbles from the trough of inequity and greed. Scum like Grieve are the ones who are now ruling the roost, and are supported by the PM as she instated these people into fray in the first place. Theresa May also instated Chancellor of the Exchequer, Philip Hammond, who has thwarted Brexit at every turn from within the Treasury and now pushes massive tax hikes to punish the people for daring to vote Brexit.

To be strung up from a lamp post by the neck is the only good outcome for Dominic Grieve and his Haw Haw brethren, as the people throw rotten tomatoes at the swinging traitor amidst the buzzards and flies. Of course, this is a figurative scenario, as these things do not happen today, however if there were to be a peoples uprising, you never know what could happen.

These Griefers are pushing the people to the limit. The people voted for freedom, they voted for control of our own laws, they voted for sovereignty, and they voted for extrication from the inhibitive regulations dictated by unelected bureaucrats from Brussels. So far, we have waited, and waited receiving nothing. Instead, day after day, we see these pathetic morose Remoaners hijacking the Will of the People as promised by parliament at the time.

What about the other treaties that were signed without any parliamentary say, or even any consultation of the people? The Lisbon Treaty was secretly signed away by Gordon Brown, and gave away much of Britain’s sovereignty. It was quickly taken through without even a consultation or murmur. No one of course mentions that, or any other pro-EU treaty that was secretly pushed through without any consultation or ‘Meaningful Vote’. These are double standards and hypocrisy.

Business 101, you cannot go to the deal table without the ability to walk away. If you do not have the ability to walk away, you have effectively lost any bargaining power, and are defenceless. This is what the Remoaners and traitors are seeking to do with Brexit. Their treachery and hatred for Britain bolstered purely by their own greed as they receive large pension funds and payoffs from the enemy, Brussels.

Hope you enjoy the money you have acquired by selling off your own country to people who mean only harm to the UK, Dominic Grieve. Your Remoaner treason may hopefully one day come back to haunt you, as you choke on the thousands of pounds/euros put into your accounts by Brussels. May your duck houses flourish with diseased ducks and your country mansions paid for by your treachery rot with inequity and bad luck.