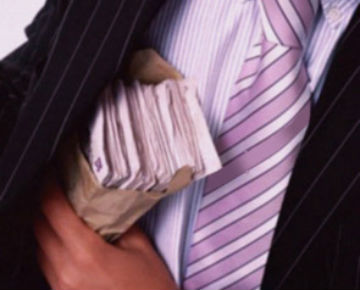 What the Daily Telegraph is claiming to have uncovered today about Soros funding Gina Miller to thwart Brexit the Daily Squib knew about in 2017 with our satirical interview alluding to her evil practices.

Certainly, there is no secret to George Soros funding the most hated woman in Britain to stop Brexit.

All the Remoaner MPs and other cohorts of money obsessed traitors are given the impetus to act against Brexit, especially when they are handed brown envelopes or suitcases full of money.

The treachery of those in government who accept these payments to Remoan and thwart our democratic right to Brexit is something that is not only despicable but inherently immoral, and some would say illegal.

In these times of treason, even if these money-grabbing cowards get caught in the media spotlight, as has happened with the established Daily Telegraph reporting, they will still get away with murder. The reason being, the underlying establishment who are Remainers are supporting them.

How much wrong has to be committed on the people who voted for Brexit on June 23, 2016 until justice, and a bona fide exit from the EU is conducted?

Leavers have been punished, denigrated and side-stepped for too long.

Now is the time to fight back for democracy and to punish the crooks, scumbags and shit heads who are actively trying destroy our democratic right to leave the EU whilst getting paid huge sums of money by their masters.

Fuck you Soros and fuck you Gina Miller, and all the other crooked Remoaners on the take. You are vile, corrupt criminals.