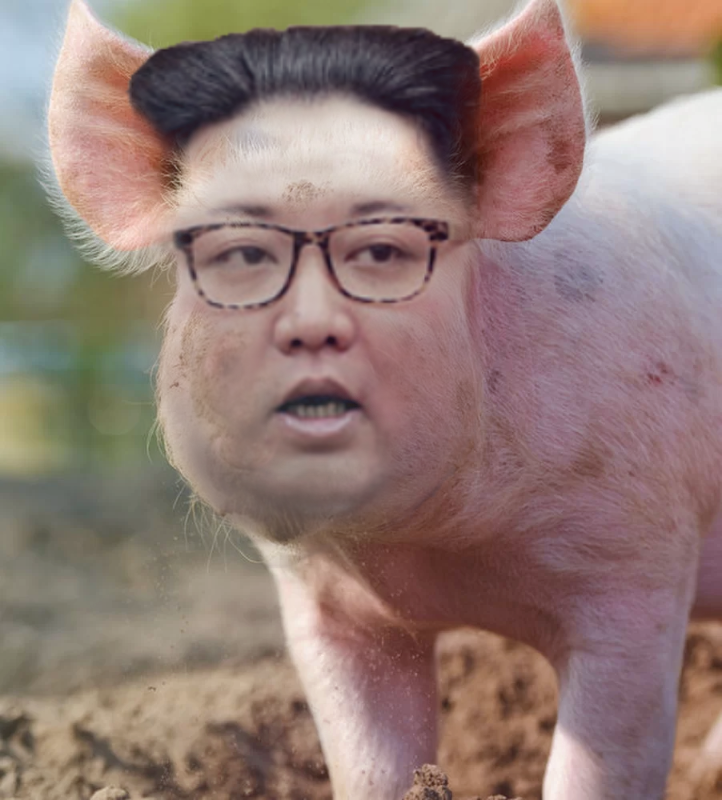 “Kim Jong-Un knows what he is doing absolutely 110%. According to our intelligence reports, North Korea has a 1.2 million strong army making it the fourth largest in the world, among them more than 100,000 special forces. Although its military hardware dates back to the Soviet era, North Korea has more tanks than the United States (3500 compared with 2381) and more artillery pieces than China.

“Its nuclear fissile material is enough for at least 20 nuclear weapons, possibly as many as 100, depending on their size. (According to the Arms Control Association, the U.S. has 1411 strategic nuclear warheads.)

“The recent UN sanctioned oil embargo has not succeeded as Chinese petroleum ships have been photographed at North Korean ports. This Chinese provocation, has also been another problematic variable in the equation. Additionally, Russia has weighed in with threats of siding with North Korea if any conflict were to escalate to conventional warfare, or nuclear.

“Because North Korea is so exposed, it may resort to nuclear operations as an opening gambit. Guam, or Southern Korean U.S. bases would be the natural target as an opener, to see the reaction of the Trump organisation. If Trump tries to target N. Korean nuclear facilities this intermediate action would further cause an escalation of nuclear proliferation resulting in mass detonations possibly on the Eastern seaboard cities in the United States.

“With Russia and China siding with Kim Jong-un and in alignment on the crisis, there may also be further escalation not only with China’s ambitions on Taiwan, but Russia’s Ukraine push could go further into Europe, or to former Soviet states within Europe — Ukraine, Belarus, Moldova, and the three Baltic states of Estonia, Latvia, and Lithuania.

“Having already encountered skirmishes in 2008, in Eurasian Georgia, Russia has many options into its next move. The worst case scenario of course is an incursion into Poland and Finland. The latter, would be vanquished in less than a day as Putin’s troops cut through the European peninsula like a knife through butter. Poland recently begged NATO for a more sustained military presence.

“Strategically, an electromagnetic pulse (EMP) attack on the United States is a plan that would be a serious threat, however N. Korea would not cripple military facilities because they would be protected from EMP. N. Korea would therefore reap the full wrath of a nuclear response from the U.S.

“The interplay of numerous factions within the geopolitical field during this time, must not dismiss the Iranian threat that could escalate if N. Korea is somehow roused to act, when the U.S. comes down on the isolated communist nation. Although a supposed deal was reached with the Iranian regime to reduce its number of centrifuges by two thirds in 2015, in March 2016, Iran test-fired two Qadr ballistic missiles, and further medium-range tests in January 2017 prompted further sanctions brought on the regime. There is no going back, Iran may have signed a tenuous agreement hailed by former president Obama, but the country has many secret nuclear facilities that are still under operation. This is something that is not being reported by any other public entities.

“Analysis of major data sets and simulations result in an almighty ‘clusterfuck’. This means that the slightest escalation in any given area, would result in movement not only from the Chinese, but the Russians and Iranians, as well as the North Koreans. This is what we call a hornet’s nest situation eventually escalating to complete worldwide conventional warfare, concluding with nuclear warfare.

“The cleanest option is to disarm N. Korea through the use of conventional attack, without China or Russia or Iran moving. Naturally, there would have to be swift movement into the country from air, sea and land immobilising all nuclear facilities before they can be utilised. EMP strikes on North Korea are also an option, and can be simultaneously utilised during the initial strike. By eradicating the high command structure of N. Korea, the people would be leaderless and fall into line almost immediately. The key to completion of this task is clinical planning and implementation without any interference from Russia or China, which is highly unlikely.”