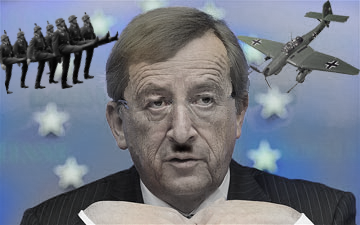 Theresa May was in Brussels on Thursday night for the start of a two-day European Council summit at which she was applauded by leaders of the other 27 member states for her speech over dinner where she outlined every detail of capitulating to the EU’s demands.

She told them that she wanted to approach the remaining stages of EU withdrawal with her usual stance of cowardice, weakness and surrender.

Mrs May insisted that she wanted to move onto the next phase of negotiations and approach it “with absolute disdain for Britain and the EU referendum result”.

She said: “A particular priority should be agreement on the two year implementation period so that we will not be allowed to make any trade deals with anyone, will still be ruled completely by Brussels and will still be paying  £395 million per week to Brussels in addition to the 100 Billion Euro ransom demand which I agreed to pay without even a fight.”

The Prime Minister said she “makes no secret of wanting to move on to the next phase of the soft-Brexit and to approaching it with utter surrender and cowardice”, adding: “I believe this is in the best interest of the UK, but then again I am a deluded old barren hag who is so naive that I agree to anything without question.

“A particular priority should be agreement on the two year implementation period so that cash cow Britain can get sucked dry of more cash that will go into the EU sinkhole.”

As he arrived for the second day of the summit, Jean-Claude Juncker, the jubilant European President, said:

“The second phase of rogering the British swine, and taking the clueless Mrs. May for a ride is considerably easier than the first, and the first was very easy. If I wanted to I could sell Mrs. May a pink elephant and she would agree to part with billions for it. She really is that naive.”

The Commission president said that EU leaders applauded Mrs May on Thursday “because some of us thought, including me, that the easy way she bent over the desk for all of us to take turns on her was unbridled. I mean it was like a scene from Hubert Selby, Jr.’s novel Last Exit to Brooklyn, that gritty.”

Mr Juncker said that the Withdrawal Agreement now needed to be formalised and placed before the European Parliament, adding:

Asked whether he thought the UK may reverse its decision to leave, Mr Juncker said: