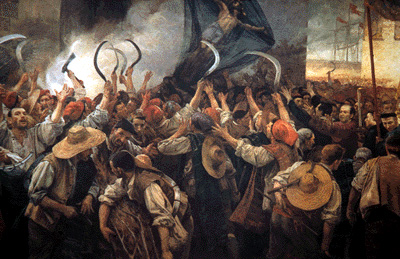 Just as there was Perestroika, and the fall of the Berlin Wall, we have a truly historic moment in the annals of Soviet EU imperialistic failings.

It is to be seen if the EU will step in with more storm troopers  to quell democracy as were seen during the Catalonian referendum.

Revolutions are never legal, and Spain with the EU will do everything in their power including force to reverse the decision made in Catalonia.

Already there are aspirations and movement into creating new currency and bolster the local economy.