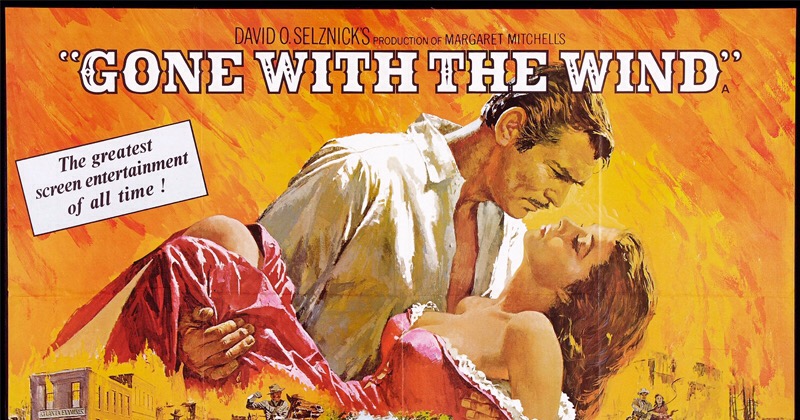 American socialist run cinemas across the country are now banning one of Hollywood’s seminal historic pieces of history, Gone With the Wind.

By effectively banning everything about the era of black slavery, the socialists not only erase history, but cause great harm on America because people will now forget about the symbols of slavery. They will no longer think of the injustice and wrong committed on African slaves all those years ago, effectively leaving history to repeat itself again, and again.

Without reminders of the past good or bad, humans are destined to repeat their history. Deleting all the marks of slavery only strengthens the hatred of the nigger, the eternal nigger is thus born. The socialists are inadvertently creating another backlash, they are opening wounds which were closed many years ago, and they are endangering black America once again.

One can never deny the conquerors of America, the European white stock built their nation, through immense cruelty and hardship, wiping out millions of Native Americans, and utilising the ‘inferior’ negro to build their infrastructure. Nevertheless, the white man possessed the cunning, the brain power to Lord over the others, without him, there would be no highways, bridges, trains, computers or governmental structure to hold everything together. There would be no scientific or technical accomplishments, no space travel or medical cures.

The hard truth is that without the ingenuity and sheer will of the European settlers, America would not be the immense power it is today, and it is to this end, that they will never give up their status, or old money, to anyone, least the black population.

Therefore, socialists and their permanent state of soviet equality revolution and their feeble attempts to erase history only strengthens the opposing forces of those who hold the actual keys to the conquering of a continent many years ago and the right to rule today as well as tomorrow.

Gone With the Wind

The African American problem will never be solved because the chasm is too wide, culturally, the rift is so wide that it will never be bridged, intellectually, scientifically or how ever much money George Soros throws at the various soviet justice warriors he aclaims.

The reason equality will never be achieved is not only because of difference in human ability, but because of the spectre of superiority. Blacks do not want equality, they want superiority, as do the whites, the yellows, the greens, the purples and all the others. This is the sad part about the human condition.

“I have no purpose to introduce political and social equality between the white and black races. There is physical difference between the two which, in my judgment, will probably forever forbid their living together upon the footing of perfect equality, and inasmuch as it becomes a necessity that there must be a difference, I, as well as Judge Douglas, am in favor of the race to which I belong having the superior position.” Abraham Lincoln, President of the United States of America.

The conquerors always win…but frankly my dear, I don’t give a damn..