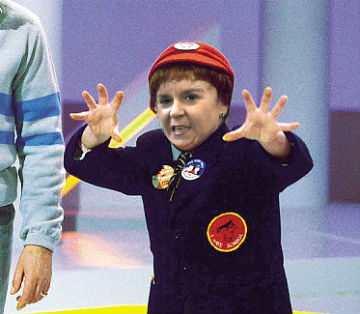 “We pay them all that money and yet they’re moaning and groaning about one thing or another. I say we hold a referendum on whether Scotland should be a part of the United Kingdom,” Mrs May told the House of Commons, much to the derision of SNP members present.

According to the Barnett Formula an extra £1,623 per head, or 19 per cent, is given to Scotland compared to England.

If the moaning Sturgeon, a rogue element just out to stir shit, does not appreciate the sacrifices England makes to keep Scots up to their eyeballs in cheap heroin, deep fried mars bars, waning North Sea reserves and booze, then it is obvious that a new even higher Hadrian’s Wall should be built, and the Scots should be left in their own destitution.

“Under new plans, we would build a wall so high bordering England and Scotland that it would resemble something from Game of Thrones. Let them squabble amongst themselves, the snivelling conniving shisters they are,” an angry Englishman revealed whilst downing a large pint in some pub yesterday.