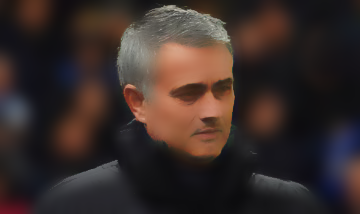 Instead, the Portuguese, apparently unhappy at the number of fixtures that United have had to play in recent weeks, declared that the Red Devils had “a lot of enemies” among footballing authorities.

It’s not the first time that the irascible coach has sought to pin the blame on others during his managerial career – in spells at Real Madrid and Chelsea, Mourinho attacked everyone from Iker Casillas and Eden Hazard to his physio and his next-door neighbour’s cat (okay, we’re only kidding on that one) for poor results.

Does Mourinho have a tendency to create scapegoats?

During his unhappy time in charge of Real Madrid, Mourinho was accused by the club’s president Ramón Calderón of blaming his players for their failure to overhaul rivals Barcelona, rather than taking responsibility for his own tactical or managerial mistakes. Club legend Casillas – undisputed number-one goalkeeper at the club for over a decade – was the main victim of Mourinho’s tendency to throw his players under the bus, which, rumour has it, he also likes to park from time to time.

The Spain captain was dropped in favour of Diego López during Mourinho’s final season at the Bernabéu, and was accused of leaking dressing room information to other clubs. Of course, the fact that Madrid ended up 15 points behind Barcelona in the league had nothing to do with their awful start to the season, when they won just one of their first four games and lost away at minnows Getafe. Your fault, Iker…

Mourinho won the title at Stamford Bridge in 2014/15, but the following season was nothing short of a disaster. After poor pre-season preparation, an over-reliance on ageing players and a failure to make any signings of note, one might have expected the Portuguese to front up as Chelsea made the worst start to a season of any Premier League champion.

Instead, Mourinho caused controversy by publicly admonishing Chelsea physio Eva Carneiro during a draw with Swansea, an incident that later led to a protracted court case and a private settlement between the two. During his time with the Blues, Mourinho also criticised Hazard, Diego Costa, the FA, referees and – bizarrely – his own children. Mourinho was finally sacked in December but, of course, it was the players’ fault that England’s reigning champions had slumped to 16th in the table.

Manchester United and the future

The controversial Mourinho has continued to plant a siege mentality at his new club.

From sidelining star players Henrikh Mkhitaryan and Anthony Martial to insisting that a loss at Hull was actually a draw, Mourinho has been box office at Old Trafford, even suggesting that having to live in the Lowry Hotel like a continental Alan Partridge was having an impact on his side’s results. This 888sport article asked if Mourinho had lost the plot at Manchester United.

With United struggling to keep pace with leaders Chelsea and the rest of the top four, can Mourinho retain his reputation as one of the world’s best coaches, or will his continued insistence that he can do no wrong keep rubbing people up the wrong way?