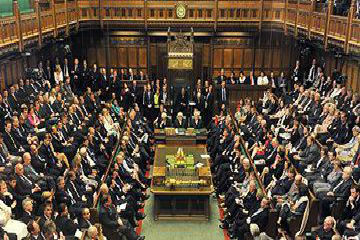 Yes, the MPs had a little vote in parliament today on the premise of triggering Article 50 by March 2017, and yes the Remoaners lost, however one very important disclosure was not mentioned — the names of the treacherous MPs who tried to thwart the will of the people.

Who are these snivelling cowards, these treasonous imps who dare to try and halt one of the most important, all encompassing votes in recent British history?

Each one of these people should be named and shamed, put back on the streets where they belong — not in parliament. They have gone against the will of the people who voted on June 23 2016 and sought to deny democracy.

Even though some reluctant Remoaners voted with the proposal, they still voiced their opinion in a moaning off kilter tone, more or less resembling the sound of a cat being strangled, cue Anna Soubry, the Tory MP for Broxtowe.

The usual suspects we know of course, Kenneth Clarke, a deluded alcoholic has-been who dismissed the EU referendum, one of the most important democratic votes in recent British history, as an opinion poll. Then we have the Greens, the SNP, LibDems and an assortment of unnamed Labour MPs numbering 23, and of course the treacherous Scots.

If you are a constituent of one of these people, and voted for Brexit, there should be some indication that they will never get your vote in the future and will lose their place. Unfortunately, nothing can be done about the 51 SNP MPs, apart from sending them a rotting haggis.

We will never forget your names.

The 89 MPs who voted AGAINST Brexit
CONSERVATIVE – 1Ken Clarke (Rushcliffe)