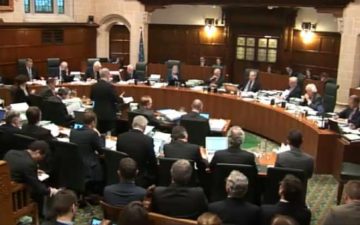 The six year old said: “This is incredible there are seven lawyers against one stuttering government lawyer and that’s not including the EU judges presiding.”

Whilst playing with some toys the child then went on to say: “Hmm, I understand we have a lawyer for Wales, and they overwhelmingly voted to leave, but lookie here, he is undermining the government as well. Wow. That’s a real surprise.”

The most disappointment however came from the no wigs policy.