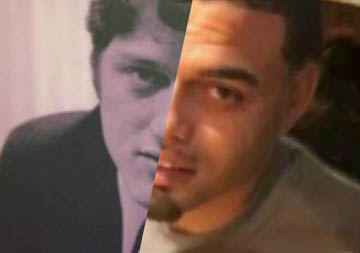 After every indignity has been foisted on the feet of Hillary Clinton, this person seems to soldier on unperturbed. From FBI investigations, to walking pneumonia, to various quantities of Bill’s women, there is an impoverished deluge of attacks on the prospective first female president of the United States.

No doubt, Trump and his multimillion dollar machinery is behind a lot of the filth being dredged up.

It turns out now that whilst Bill was a governor he enjoyed a foursome with some hookers and ‘crack hoes’ siring a son, called Danney Williams.

There are certainly going to be more dirty tricks foisted on Mrs. Clinton, but this particular addition to the box of snakes, is rather endearing.

This means that Chelsea has a brother, albeit one who is severely underprivileged.

For Hillary, much of the pain will be with her husband Bill, who seems to have deposited his DNA in every crack whore from Little Rock to Mexico.

The beast of the American election juggernaut does not stop for anyone, and things like this get pushed down as hearsay and lies, and we doubt this little piece of news will stick, such is the force of the push to get Mrs. Clinton elected.

As mentioned many times before, nothing can change the result of the election, and these tiny scraps are mere fodder for the eternally bored watchers.