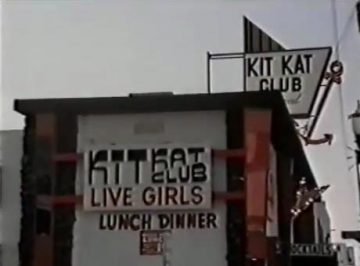 The shady New York underworld has always been a secret lair of mafia and vice, and it is no surprise that the likes of Donald Drump and his lovely Eastern European model wife initially met in this seedy den where clandestine deals are conducted. Money talks, and a rich man like Drump was eventually hooked, hook line and sinker.

The life of a first lady can be excruciatingly boring while the president gallivants across the globe in Air Force One. No doubt the secret service agent will first be wary of her advances, but the first lady will be desperate, making it impossible for him to resist. Her obese husband has a tiny penis and has never been able to satisfy her desires. She spies the secret service men standing around all day and her womanly desires are sated to the full.

The culture in the White House can be excruciating especially when your whole life is under the microscope. Hell, it’s bad enough during the primaries, but once you’re in there it gets worse.

She may hark back to the good old days where she was paid to flaunt her body for magazines and photo shoots, and who knows what she did on the side? That is the big question but a woman with such talent in pleasing men has to do something for money, and being in New York city in the 1990s, scrabbling for a work permit, homeless, desperation kicks in. For women, it is easy, only too easy to profit from their natural charms, and this is what Vegania must have certainly done before she hit the jackpot in Drump.

Money can buy you anything, and pussy can make money. The female body is a money making machine, cha ching, but she does not have to do that stuff any more. Sure, Vegania has to share her bed with a flatulating obese vulgar pustule like Donald Drump, every hour she stays with him she counts, every second, every minute, because she knows when her pay day finally comes, she will be rewarded for her hard work. Like many women, it’s a waiting game. They stay with these rich schmucks for as long as they can stand it until they push the lawyer trigger and get their delightful reward.

As Drump’s weight presses Vegania down into the pillow at night, she dreams of better pastures. Maybe a sliver of spittle slowly strings its way onto her face, the Don is eager tonight his breath smelling of rotten garbage from a thousand dump trucks, he flickers his lizard tongue with eagerness knowing full well that he’s paying this woman by the hour just to be in his presence.

Some would say that marriage is a form of prostitution, and for many it is. Divorce lawyers do not see any distinction between the married woman and the prostitute. They both charge by the hour, the difference being, one charges before service, the other, after.