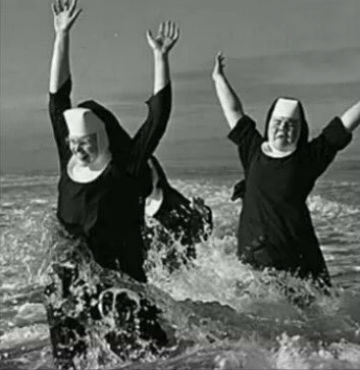 “We will not tolerate any show of religious zealotry or dress. The burkini is anti-French because it shows a dedication to a religion. Remember, it’s one rule for one religion, but another for another. Look at our nuns,” Gaston Dumerrier, Mayor of a small town in the South of France told Le Monde.

The ruling came after more than 30 French towns banned the Islamic burkini, a swimsuit which covers the whole body except for the face, hands and feet and is worn mostly by Muslim women.

Officials have said the ban on the outfit was a response to growing concerns about radical Islamic terrorism.

Last month, a truck rampage killed more than 80 people in Nice, and attackers stabbed an 86-year-old priest in northern France. The thousands killed in the Middle East and Syria by the French is of course completely permissible.

But human rights activists argue that burkini bans are illegal and that efforts to outlaw the garment are Islamophobic.