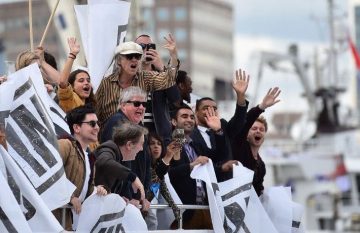 Reports from insiders also reveal that the BBC director was on board the boat as Geldof made vile remarks and gestures to bemused fishermen protesting the loss of their fishing grounds to EU regulations.

Bob Geldof was seen on the boat swearing and shouting at the fishermen, and the millionaire champagne socialist compounded his ridiculous protest with a continual barrage of insults from his Goldman Sachs funded boat.

Geldof, who recently lost his daughter Peaches to a heroin overdose, encourages negligence at every turn and is not a good example of human fortitude unlike the fishermen he was berating.

Several people who were onboard the boat were disgusted by the vile Geldof display. 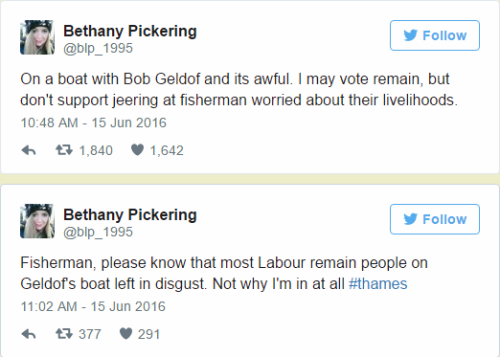 Meanwhile the fishermen fight on despite the jeering protests from the likes of Geldof.