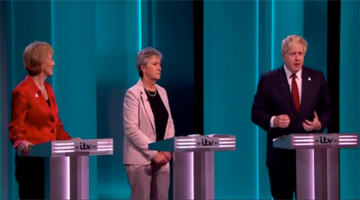 Voting to stay in the EU is dangerous, and means giving more power to unelected unaccountable elites who do not have Britain’s interests at heart.

We would be trapped in a system where we will have no power of veto, outvoted by countries which have the euro as their currency. We would not have any say in European treaties or laws and our sovereignty and democracy would be seriously compromised.

We will not be able to control our borders. Anyone who has access to the EU has access to Britain, and this means 508 million people can easily travel and live in the UK.

Uncontrollable immigration has a vast negative effect on housing, jobs, and public services. Salaries are reduced, hospitals are overcrowded, schools are flooded leaving no room for our children.

Concreting over the green belt to support this unsustainable migration will reduce Britain to a mass of grey concrete tower blocks.

The Remain campaign has only been about fear, intimidation and negativity about life outside the EU. They have sought to reduce Britain down to a morsel of what it really is, and that is a great country that would flourish outside the EU, opening up itself to global trade and not restricted to punishing EU regulations that inhibit trade.

There is hope, and there is life outside a totalitarian EU state which seeks to eviscerate Britain of its democracy.

Vote Leave on June 23 and let us bring back democracy in Britain and Europe.