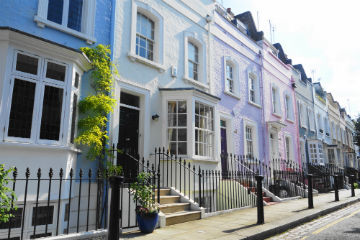 If you vote to remain in the EU, not only are you destroying Britain’s sovereignty, freedom and democracy but you are also destroying the Pound Sterling — a stalwart guarantee to stability and wealth.

Because David Cameron gave away Britain’s right to veto EU treaties during his failed negotiation, the UK will be forced to agree with everything the EU says.

We will be forced to capitulate to an EU Army, where our armed forces will be ordered into military situations by a Brussels high command. The EU army which is in the process of formation, was ordered by Jean Claude Juncker, and it is not only a threat to Russia, but to NATO as well.

The Pound Sterling currency will be no more. This will precipitate a drop in the value of property across the country, and in many areas your homes will be practically worthless. Business assets, previously under the pound currency will have lower valuation under the Euro. Wages will drop by over 10% to be more in line with the Continent. The value of shares, and pensions will fall, not only from future eurozone shocks, but because the UK will be tied to a low-growth eurozone, where capital controls are heavily regulated by the European Central Bank. In the event of a downturn, Britain will not have the power to adjust its interest rates, or to implement quantitative easing.

Within the eurozone, there is a risk of bail-ins at any turn. Much like what happened in Southern Cyprus in 2013 where deposits from civilian bank accounts were confiscated by the EU, this same scenario can happen at any time in the eurozone, subject of course to the next economic crisis. When it comes to economic depressions, the EU will not hesitate in raiding bank accounts of citizens to keep the banks afloat.

Let’s say your home is valued at a reasonable £2.5 million today, if the UK remains in the EU and it is forced to join the euro, your home will be worth £450,000 in euros. In real terms, that is a loss of enormous proportions to the value of your property from its pound valuation.

The destruction of Britain hangs on the June 23 date, a day in the diary that could be the deciding factor on whether Britain Lives or Dies. Once Britain is gone, it will be gone forever, there will be no turning back from the EU as it is assimilated into the soviet bloc of already destroyed nations.

The EU’s collectivist strategy is one that entails the loss of private property. To the EU state, the individual should not own property, they should only rent, and the accumulation of equity is discouraged at all cost.

The people who have been duped into supporting ‘remain’, are most probably not fully aware of what they are doing, and have also been tricked by the likes of George Osborne and David Cameron, who are being advised by Blair and Mandelson behind the scenes.

There is only one choice on June 23 and that is to Vote Leave.