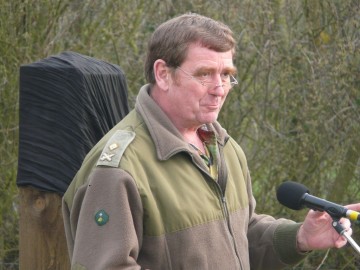 Giving arrivals from Turkey visa-free entry to Europe would be like ‘storing gasoline next to the fire’, says former head of MI6, Sir Richard Dearlove.

‘It is surely undeniable that the scale and pace of immigration into Europe over the last few years has become an increasingly serious issue; and that it will continue to be so in the years ahead. Self-evidently the way we respond to the migration numbers needs compassion set alongside control, with an acknowledgement of a genuine need to protect the receiving societies and communities. If we fail to apply asylum rules robustly whilst humanely refusing entry or deporting those who do not qualify then the backlash against immigration described by Dearlove will only get worse.

‘At its heart our dilemma is how we balance British ‘values’ and ‘interests’ and how best we, the UK, can maintain some sort of control over our destiny. We also need to be clear as to whether or not our values and interests are the same as other European countries – countries like Germany, for example, which has a serious demographic problem. Their falling population, with large parts of the old East Germany relatively empty, stands in stark contrast to the heavily populated south of the UK.

‘The EU’s response so far has been reactive and divided, driven mostly by emotion – as epitomised by Chancellor Merkel’s confused and high handed actions, both initially and then subsequently in the discussions with Turkey. Trying to solve the problem of mass migration by agreeing to allow visa free access to Turkey is indeed, as Dearlove notes, perverse.

‘We also need to manage the emerging threats. It is clearly difficult to know the actual numbers but it has been estimated that for every 1000 migrants entering Europe illegally there are 2 extreme Jihadi’s amongst them – which means that several thousand IS fighters have probably entered Europe over the last year or so. It is worth remembering that at the height of the ‘Troubles’ in N Ireland the hard, inner core of terrorists was never more than a few hundred strong. The idea that the phones will stop ringing in our security agencies and police headquarters if we should have the temerity to vote to leave the EU is plainly ridiculous – it will be in everyone’s interests to ensure that co-operation across the EU will continue to thrive.

‘All choices carry consequences – and the choice on June 23rd may not be an easy one. But ducking the issue, taking the easy way out, or deciding not to decide is simply not valid. The key question is will the UK be able to maintain control of its interests – including its borders – inside or outside of an EU that is failing its people on far too many issues – including immigration. And my answer is that we are better out.’