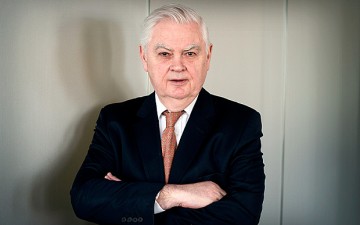 Responding to the comments from Christine Lagarde of the IMF, former Chancellor of the Exchequer Lord Lamont of Lerwick said:

“This daily avalanche of institutional propaganda is becoming ludicrous and pitiful. Important institutions are being politicised and used to make blood-curdling forecasts. There are plenty of respected individual economists, plenty of respected professional investors, and plenty of entrepreneurs who take a very different view from Christine Lagarde and who have probably been better at foreseeing the future than the IMF.
“Not so long ago the Chancellor was berating the IMF for being too pessimistic about the British economy. Now the Government is cheering it on. Madame Lagarde says that what happens in Britain will affect other countries in Europe, including her own country France. Perhaps what she is really afraid of is that if Britain leaves the EU other countries in the EU will also want to hold referendums on their membership.”