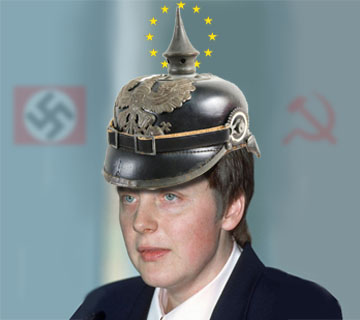 The tax credit scheme installed by the previous Labour government is to be scrapped in favour of a living national wage system engineered by the current Conservative government.

European Union Chancellor Merkel has thrashed out a deal with David Cameron to limit migrant benefits only if Britons are denied the same benefits.

Currently, 58% of the UK’s population survive under the current tax credit scheme and removing this will result in eventual riots, public disorder and even more poverty.

The Tory government, as much as they have adopted socialist nanny state policies on a number of issues have still had their eye on the tax credit ‘monster’ for some time, and this new EU deal with the Germans should eradicate tax credits once and for all.

“Either you get a well paid job like me or you die of starvation. Don’t forget to vote to stay In the EU,” a Tory minister revealed on Friday whilst dining at Claridges.