“Bombing solves nothing and only serves as a call to arms for many Muslims in the Middle East and Europe.

“We have seen many instances of bombing, especially during the Gulf War which had little or no effect on the outcome apart from radicalising millions of Arabs and Muslims against the West.

“Bombing campaigns are also not effective in targeting the enemy because ordinary civilians will invariably be caught in the crossfire adding to the propaganda aiding ISIS as the enemy digs in.

“The Islamic State is now well established in Raqqa, Syria and to bomb that area would kill thousands of civilians. 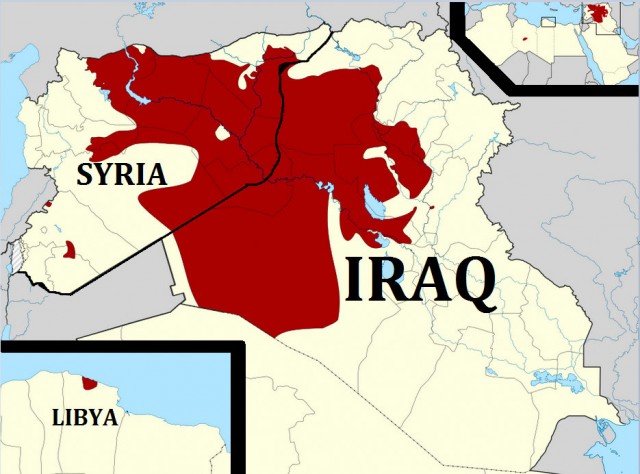 ISIS territory is now bigger than Belgium and increasing daily.

“As for the fighters, they have tunnels and hiding places, and will most probably be utilising civilian casualties as human shields and as a recruitment tool for their cause.

“The Russians are now using white phosphorous bombs on civilian areas which is banned under the Geneva Convention.

“Additionally, British armed forces bombing in Syria will also be open to attack from Russia, whether intended or unintended.

“The only way to get rid of the Islamic State is to fight every Islamic country in the world that is funding and manning them and to install a compulsory conscription in the West for all fighting men 18-35.

“Bombing is futile and a waste of money and will serve no purpose for the West.”