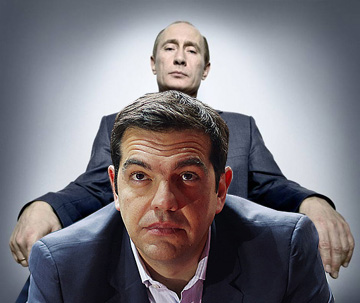 During the summer, the Greeks showed their real selves by utilising Russia as a bargaining chip to get more money from the EU. The financially crippled country of Greece is Europe’s beggar, a pan handler who has lost all dignity and will do anything for a few pennies. Greece also helped Russia circumnavigate Western sanctions after they invaded and annexed part of the Ukraine.

“The Greeks are supposedly in NATO but blackmailed Europe during negotiations (July and August 2015) by aligning itself with Russia. Their modus operandi is to make the EU pay up, and it worked, the weak EU paid the Greeks more billions which will inevitably go into a black hole, and Swiss bank accounts,” EU minister, Lars Trundgen, told Reuters.

The amateur nature of Alexis Tsipras was all too evident yesterday when he made remarks towards Turkish prime minister, Ahmet Davutoğlu, publicly on Twitter, later deleting his posts. 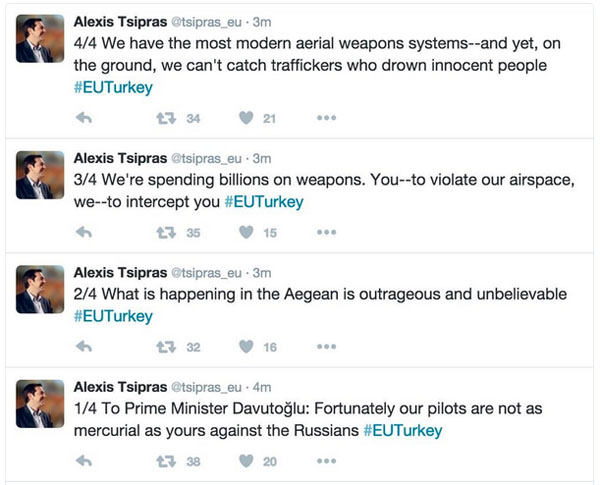 The Greeks share many things with the Russians, two of which are their Orthodox Christian religion, and their devout hatred of Turks.

“Our dream is to enter the City [Istanbul], raise our flag and sing our national anthem.”

The Greek soldiers provocatively chant during marches, and this may be the overall plan, as Assad is using bully-boy Russia to do its dirty work, so do the Greeks who have an inferior military compared to the massive Turkish army, air force and navy, the second largest force in NATO. If conflict ever arose between the Greeks and Turks once again, there is no doubt that Greece would call on Russia for assistance as without this, they would be overrun and decimated within a few days.

Overall, an interesting dilemma for NATO, where one of their own members consorts with the enemy in more ways than one.