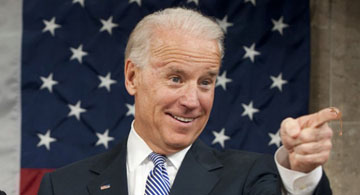 As the calls for impeachment of the current president rise daily, the feeling is that whatever happens, the US is on a boat with no paddle, no rudder and no plugs for the shit that’s flooding the boat.

“Let’s look at it this way, impeaching this good for nothing dog won’t achieve anything because then we get Biden, the biggest loser this side of Kansas city in the White House. The only positive I can see is that Biden might get things to quieten down a little, we still got two years of this shit left. Worst case scenario, Biden starts a nuclear war, but Obama’s already doing that right now by coercing the Russians. Okay, here’s the deal, I say we impeach Obama, then get Biden in, shut him up in congress, then when the election comes around the country votes Republican. Has Biden done anything in six years? Exactly! The only reason Obama wants to get 5 million illegals legit is because they’ll vote Democrat. He couldn’t care one chicken bucket if they live or die, he’s doing this for the Democrat 2016 elections,” an unnamed source from Capitol Hill revealed Friday.