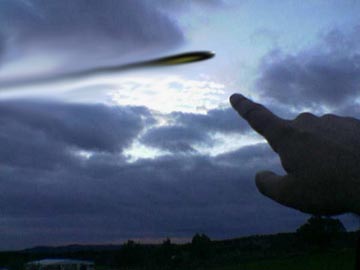 The athlete was running on the ground when he hop skipped and jumped revealing a special Russian made superman suit under his athletic gear.

“We had a speed gun with us and it went from 36 mph to Mach 4 in 2.4 seconds. There was a loud boom as he shot upwards into the sky soon reaching an initial altitude of 4,000 feet,” Robert Pestwick, a British adjudicator told the BBC.

Benzedrinksi, who already has a tally of 174 gold medals had already won the 10,000 metre event 34 times over lapping other racers.

Brazilian air traffic controllers said they tracked the athlete flying at speeds of 4939.2 km/h, and reaching altitudes of 41,000 feet before returning to the Olympic village.

No one knows where the Russians get their superhuman strength from and are completely clueless.