The planet is still recovering from dinosaur farts created from the Mesozoic period over 266 million years ago, climate scientists have revealed.

“The air we are breathing today still contains methane and carbon dioxide created by dinosaurs millions of years ago. Creatures like the Diplodocus and Brontosaurus would violently expel huge amounts of gas from their asses which combined, would contribute to global warming today,” professor Giancarlo Moritz, at the Institute of Climate Change revealed in a new study released, Friday.

Imagine a fart from a Dreadnoughtus which roamed the earth 77 million years ago. It weighed 67 tonnes, and was 85 feet (25.91 metres) long. These amazing animals would eat vegetation all day long, and the amount of gas produced by them would equal about 40 double-decker buses. There were herds of these dinosaurs all across the globe, all creating huge farts which contributed to global warming.

“A fart from a Dreadnoughtus or Argentinosaurus was so powerful that it could blow down a small bush or a smaller dinosaur in the wrong place at the wrong time. Imagine the discharge of energy from an engine on a small private jet. That is the power these dinosaurs had when they bust their anuses and farted in the wilderness of the Cretaceous period.”

The Climate Change Institute is still conducting further research into the dinosaur farts that caused global warming on the earth millions of years ago, and which we are still feeling the effects of today.

Climate change activists welcomed the new findings and are now spearheading a protest to ban dinosaur farts from the atmosphere. 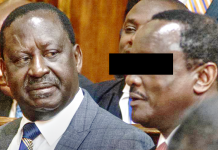