Home Business Draghi: “Your Bank Account is Mine Now” 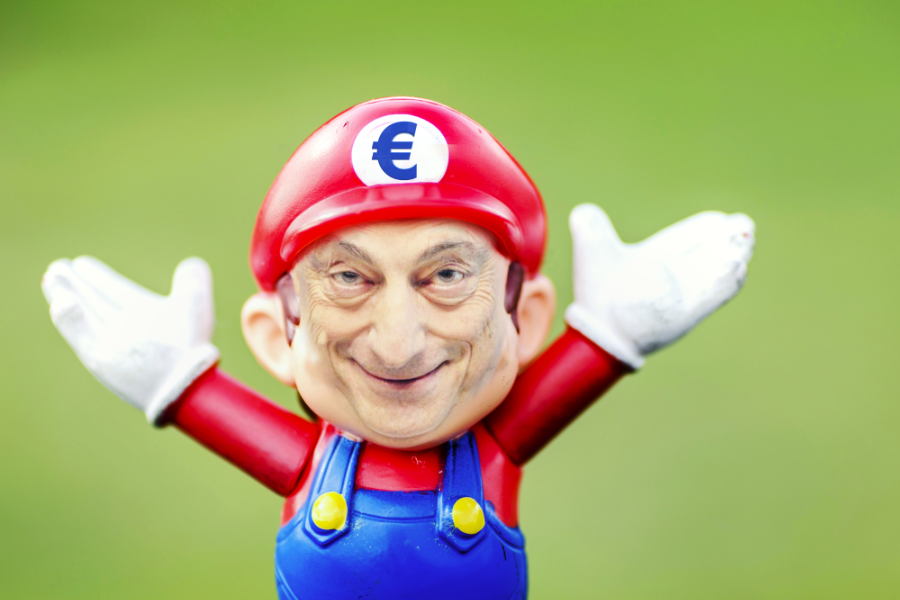 Europe’s economy is in serious dire straits, and this is why Mario Draghi has dropped interest rates to negative.

“If I put in one euro in my bank account, when I go to take it out next week, I will only have 15 cents left. That’s what negative interest rates mean,” an angry German saver from Düsseldorf revealed today.

Negative interest rates are a drastic measure that shows that policymakers are afraid that Europe is at risk of falling into a deflationary spiral. In harsh economic times, people and businesses tend to hold on to their cash while they wait for the economy to improve. But this behaviour can weaken the economy further, as a lack of spending causes further job losses, lowers profits, and reinforces people’s fears, giving them even more incentive to hoard.

As spending slows, prices drop creating another incentive for people to wait as prices fall further.

This is precisely the deflationary spiral that European policymakers are trying to avoid with negative interest rates. By charging European banks to hold reserves at the central bank, they hope to encourage banks to lend more.

Mario Draghi, the ECB boss warned that rates of minus 0.5pc combined with €20bn of quantitative easing a month might not be enough to battle the downturn.

The EUR/USD see-sawed violently on the news and affected all other Forex pairs with the violent movement.

One trader who was having a cup of coffee in front of his terminal at the time of the announcement yesterday wants to bill Mario Draghi for a new keyboard, pc, and desk.

“I was sitting at my desk sipping my coffee watching the secretary bending over a desk to pick up a file, when the market suddenly lurched down by so many pips I lost count, then it rose up again in a millisecond, then all the way down again. My coffee flew over my terminal and at that point sparks and smoke turned into fire. Not only did I lose over $10,000 in less than a minute, I lost my pc and everything else. Remember kids always use a stop loss.”