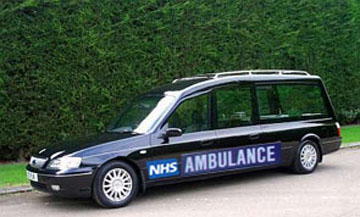 In the letter they argue that the Government has ‘starved the NHS of necessary funding‘ and that if we Vote Leave we will be able to spend more on the NHS.

The letter concludes: ‘As healthcare professionals who have worked for the NHS for years we believe that the best choice in the EU referendum is to Vote Leave on June 23rd and save the NHS.’

Thousands more NHS workers have signed up to back the Vote Leave ‘Save our NHS’ campaign, but do not want to be named publicly as they are worried about the pressure that would be put on them by the Government if they speak out.

Commenting, one of the signatories, Dr Philip Cunnington said:

‘Billions of pounds of UK taxpayers’ money is sent to Brussels every year while the NHS is starved of funding. Let’s Vote Leave on June 23rd and take control of our spending, allocating it to important things such as the NHS’.

‘The NHS is struggling to cope with rising demand. The Government has simply not given it the funding that it needs.

‘Instead of handing over £350 million a week to Brussels we should spend our money on our priorities like the NHS.

‘If we Vote Leave we will be able to stop our money being spent on EU bureaucrats and instead invest in the NHS so that patients can get the best possible care.

The NHS is a great British institution that families rely on in times of need. But as it slips into financial crisis the NHS itself needs some urgent attention.

The NHS is being asked to make huge cuts at a time of rising demand. Patients are having to wait longer for treatment, hospital deficits are increasing and doctors are on strike after being told they must take a pay cut. The Government must accept responsibility for this – they have starved the NHS of necessary funding for too long.

If we Vote Leave on 23 June we will be able to spend more on our priorities like the NHS. If we put the billions that currently go to EU bureaucrats into the NHS instead it would hugely improve patient care. For example, the £350 million a week we hand to Brussels is similar to the entire yearly Cancer Drugs Fund budget.

As healthcare professionals who have worked for the NHS for years we believe that the best choice in the EU referendum is to Vote Leave on June 23rd and save the NHS.