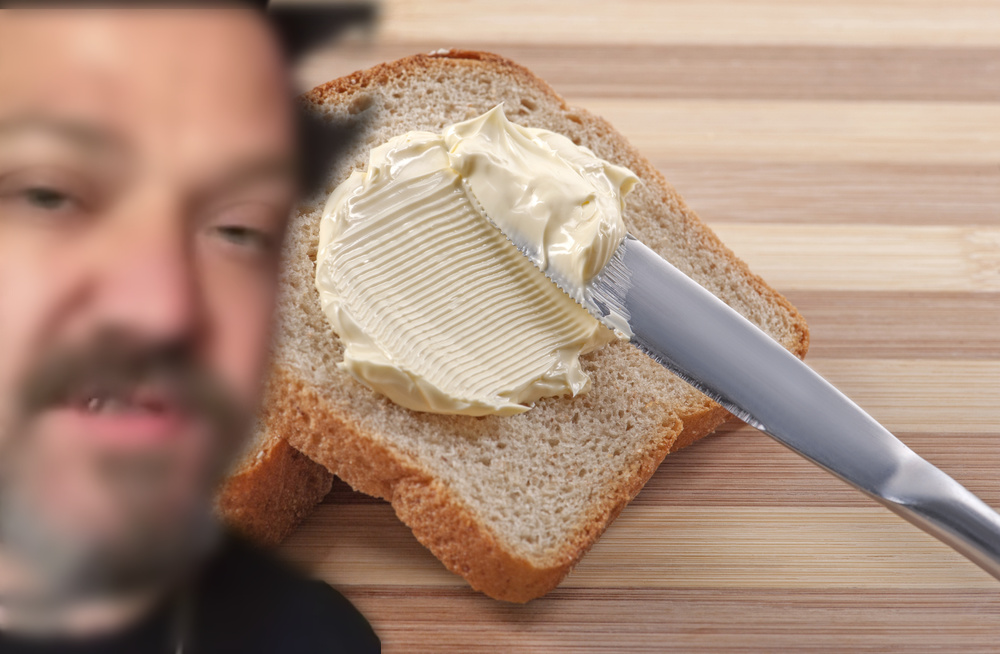 Authorities located Bam Margera at a Delray Beach, supermarket Wednesday, after the Jackass alum was reported missing from a nearby rehab facility where he was receiving treatment for the usual stuff.

Sources told TMZ that police caught Margera selling tubs of margarine to the public outside the supermarket without a permit.

The manager of the D-Mart supermarket called the police immediately to apprehend the destructive former star from selling the margarine outside the store.

“He must have gone to a copy store and copied loads of labels with a fucked up picture of his face on top sticking them on the tubs. The Margera Margarine had a few scribbled words on it like “Eat Margera Margarine for a healthy life of self-destruction” as well as “This Jackass orders you to buy or you get a shit sandwich!”

Police at the scene confiscated the Margera Margarine and detained Margera. Searching the self-destructive former Jackass stuntman, police found a total of $23.67 in ill-gotten gains from the illegal margarine sales.