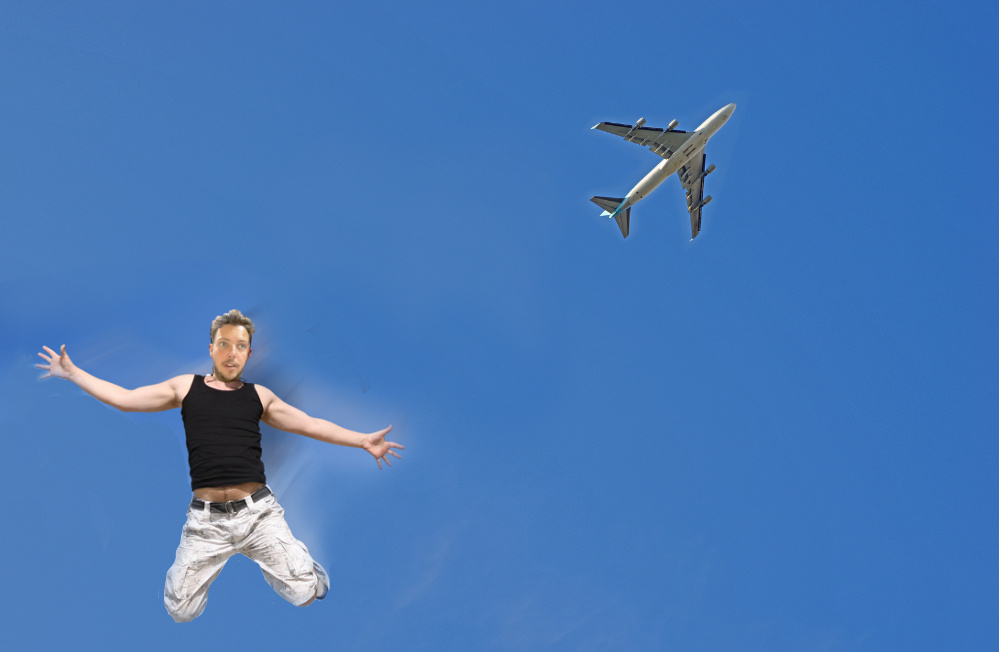 Talentless loser James ‘Shiggs’ Bonehead was removed from a flight home to England for “a lot of reasons”, as the drama involving TOWIE actors and aeroplanes continues.

It was reported yesterday that ITV bosses are calling an emergency meeting about nine ‘stars’ of the Essex-based reality TV show, after they were booted off a flight to London as well.

After attempting to fly back from the Dominican Republic, it was reported that TOWIE slag Pianess Gape Smith and other members of the BUFTI winning show were removed from a flight to the UK at 35,000ft.

The Sun reported that the moronic reality TV scum were ejected one by one from the aeroplanes by members of the public, and airline staff.

James ‘Shiggs’ Bonehead was one of the nine TOWIE stars booted off the flight cruising at an altitude of approximately 35,000 feet.

After Bonehead was thrown without a parachute out of the jet, passengers were heard cheering and clapping their hands wildly, along with airline staff.

“The captain himself came over to the passenger area and was seen whooping with joy,” one passenger on the flight recalled.

Due to the altitude, it would have been dangerous to open the emergency doors to flush out the pieces of shit reality TV scum, but instead they were pushed into the toilets head first and flushed out over the Alps.

“Some of the TOWIE slags were too fat to flush at first, so we had to break one of the toilets to flush the ugly bints through,” another passenger revealed.

A spokesman for the Civil Authority confirmed: “At 3.55am yesterday (TUE) the captain of the plane, passengers, and airline staff requested permission to dump a number of reality TV scum over the Alps on approach to the UK. We naturally agreed immediately and gave our blessing.”

The bodies of the TOWIE turds have not been recovered, and frankly, no one apart from severely brain-dead people would ever care about them being splatted on a mountain like strawberry jam.