Hello to another edition of some carefully curated Beyond Satire articles from all over the world.

We start off this edition with an intriguing news story involving noodles, and needless noodle violence.

Assault and Battery by Ramen Noodle

A Florida Man is behind bars after allegedly battering his girlfriend with hot ramen noodles, according to police. Smith was arrested for domestic battery and booked into the St. Lucie County jail, where he is being held in lieu of $5000 bond on the misdemeanour count.

Maybe noodles need to be banned now because they could be used as a deadly weapon? 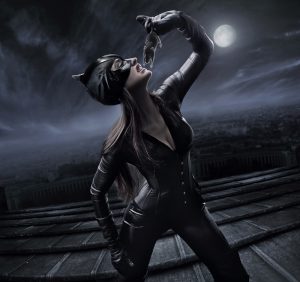 Strange, because one would assume that a university would know that being a cat (Felis catus) is more about species than gender, but sadly this is where the education system in ‘woke’ Bristol is going. They are welcome to fuck science up as much as they want, as long as they choose to do so only within the environs of Bristol.

“Someone who is catgender may use nya/nyan pronouns” (meaning ‘meow’ in Japanese).

The “catgender” pronoun reveals that some individuals are ‘xenic’ – and their gender is therefore not aligned to “the Western human binary of gender alignments”.

“Catgender” is described as “[feeling] an extremely strong connection to cats or other felines, either strongly identifying with them or simply wanting to incorporate them into their gender to better understand their identity”.

Bristol university tutors now scurry around in the hallways of the university, sniffing for mice. Forget about teaching students, they sleep all day and demand to be fed treats when they care to arise from their slumber.

American Dream Megamall Has Just $820 In Its Reserve Account 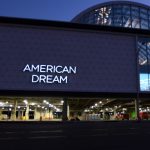 This one is more about irony than being beyond satire, however it is included anyway simply because it sort of sums up the ‘American Dream’ very succinctly. What is more American than a megamall and one that is called ‘American Dream Megamall‘? What can a mall of that size do with $820 left in its bank account? Fuck knows? Maybe arrange a barbecue for the staff before firing everyone? It’s the American dream, innit? 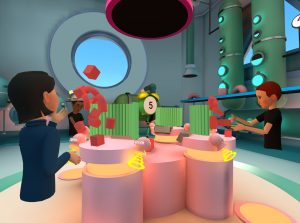 Without wishing to denigrate the brutality of real physical rape, this news story had to be included simply because it was so beyond satire, it exemplifies the tragedy of the modern tech age. To have some avatars on a VR screen jump on you is NOT fucking rape. For a start, avatars don’t have genitals, they do not have penises, vaginas, balls or flopping tits. In fact, the avatars in Zuckerberg’s metaverse don’t even have a lower body.

Insane Nina Jane Patel, the vice president of research for a rival metaverse company, claims she was ‘verbally and sexually harassed’ and ‘virtually gang raped’ by a group of men within 60 seconds of logging into ‘Horizon Venues’, a VR world owned by Meta (formerly Facebook).

This sort of nonsensical digital shit trivialises real rape in the physical world, and Ms Patel needs to go to her safe space bubble or whatever it is and permanently stay there from now on.

What does it say about how low Western society has deteriorated that a PM is being investigated for some trivialities when a country like Russia is on the eve of attacking a Western allied nation, namely Ukraine? For fuck’s sake, during WW2, Churchill was not punished for walking around with a big fat cigar in his mouth, a glass of champers in one hand and a bottle of brandy in the other. In times of grave national stress, leaders have to cope the best they can do, and if it means letting off some steam with a bit of booze, so be it. These forces who are pushing this Partygate nonsense are anti-Western elements, agents working to destroy us from within, and the intelligence agencies need to take these people out forthwith. The utter pathetic ridiculousness of it all certainly qualifies the Partygate fiasco as being Beyond Satire.

Woman Charged With ‘Bodily Harm’ After Fighting Off Syrian Rapist

The woman who fought off a rapist was charged with ‘bodily harm’ by police for defending herself. The attack occurred in Vienna. Beyond Satire or just another example of EU legislation gone very wrong. Women should be allowed to do anything to rapists without the fear of punishment.

Shortly before midnight on Tuesday last week, the 22-year-old woman wanted to enter the entrance area to her apartment building on Schönbrunner Strasse in the district of Meidling when she was attacked out of nowhere. The attacker pushed the woman into the courtyard, immediately grabbed intimate parts of the body and pushed his victim to the ground, according to Austrian newspaper Kronen Zeitung.

But then the rape attempt took a dramatic turn: the woman, with presence of mind, managed to pull a knife out of her purse. She stabbed her attacker several times with it until he let go of his victim, grabbed her purse and ran away badly injured.

Don’t forget to view some more Beyond Satire examples here