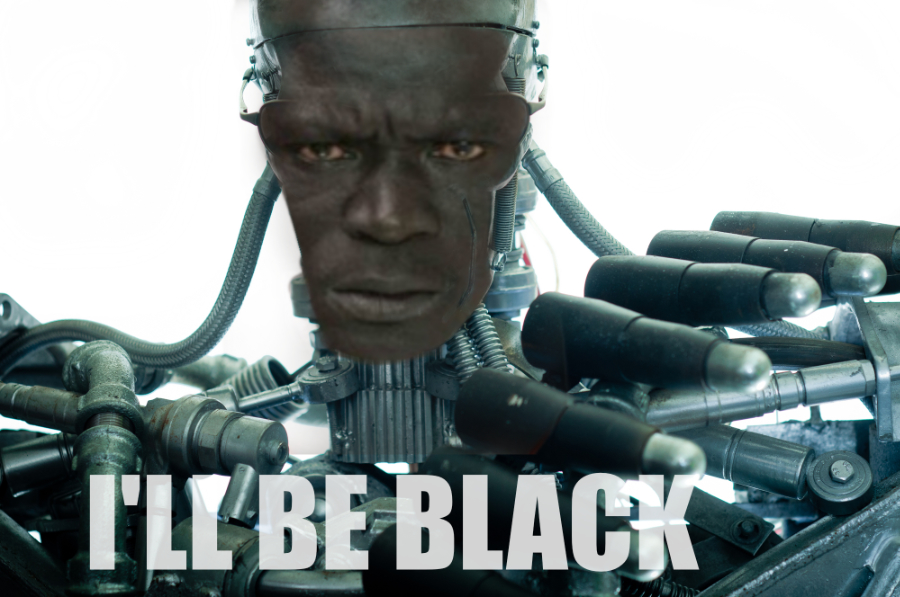 Production of the latest Terminator film starring the first ever black Terminator has suddenly ground to a halt after serious production issues, Obrion Pictures, the studio behind the picture revealed on Friday.

Filming has been steeped in secrecy since December 2019, and the movie was set for release in October 2020 however a multitude of setbacks, including the Covid-19 pandemic have set the long awaited film back months, and maybe years.

“Ima axe y’all to wait fo’ da fim! It comin’ soon, n we doing our bestest to get da mufugga out soon time. Lemme tell ya folks, dis fim will make history, all y’all n*ggaz who wanted a black strong African American Terminator ain’t gonna be dispointed n shiet! He comin’ fo yo white cracka azz! It ain’t gonna be ‘I’ll be back’ but ‘I’ll be Black’! Y’all don’ wan da image of an angry N*gg*rator on yo azz any time soon!”

There is certainly a new trend in Hollywood to only use African American actors in films these days, and even streaming companies like Netflix are only concentrating on making ‘entertainment’ with black actors.

The plot of the new Terminator film has been kept a close secret, however DeShawn revealed one key plot line that may prove decisive.

“John Connor is half black, cuz in da movie scripp it say dat Sarah Connor from Compton n she on EBT in 1984! When I goes back I spawn in a cop house n kill all da cops wit ma special weapons. In da movie, I also git up wit sum biotchez..Westside! Pumpin’ lik a mufugga n shiet! Oh shiet, did I give too much away? Dayum!”

Director and producer of the picture, Jimmy ‘perfectionist’ Cameron has even scrapped working on the new Avatar sequel to concentrate on the black Terminator film.

“People kept tellin me the Terminator movies were racist towards black people. We had female Terminators and even Asian ones, but no African Americans. Well, blow my ass out with a blunderbuss, I got some guy to write a script up in a day and here we are with 70% of the movie done. I promise I will have it completed in the next coming months, or you Wakanda fans can roast my testicles over a BLM bonfire!”

Hopefully we will get to see this magnificent film soon.