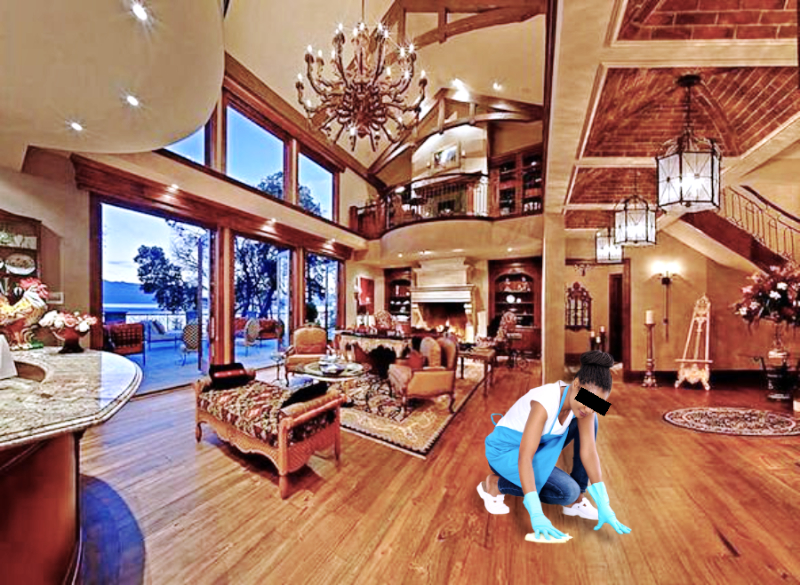 It is not easy being one of the servants at the beck and call of Meghan Markle and the former prince, Harry.

The former servant who spoke to an American tabloid on the condition of anonymity revealed some startling secrets and overheard conversations.

“I was employed by the Russian oligarch who owns the mansion that Harry and Meghan stays for free. He likes it because he bugs and films them and sends the info direct to the FSB in Moscow.

“I first met Meghan when she threw a cup of coffee over my head because it was too hot. She then ordered one of the protection guys to go to Starbucks and get one of those overpriced coffees.

“I feel for the boy, Harry agrees with everything she says, and if he falters Meghan has a tantrum, throwing stuff at him and cussing like a sailor. I was there when the news came through that they would be banned by the Queen of England from using the ‘Sussex Royal’ thing, and were banned from being royal. We lost a lot of plates and furniture in the house on that day, and many of us had to evacuate the building because it was unsafe to be around Meghan.

“She told him in no uncertain terms that if he ain’t royal no more, she got no use for the boy. Poor Harry, he was lost, he went to his room and took the crying lil Archie with him. Meghan then said she stick the crown up the Queen’s you know what, and she never wants to go back to England ever again!

“After that, I gave my notice in, it was like working for a slave driver crackin’ the whip every few minutes. If she didn’t get what she wanted fast woe betide yo’ ass, she would get violent on that poor person. I found me a good family now, they don’t shout and order me around like a dog.”